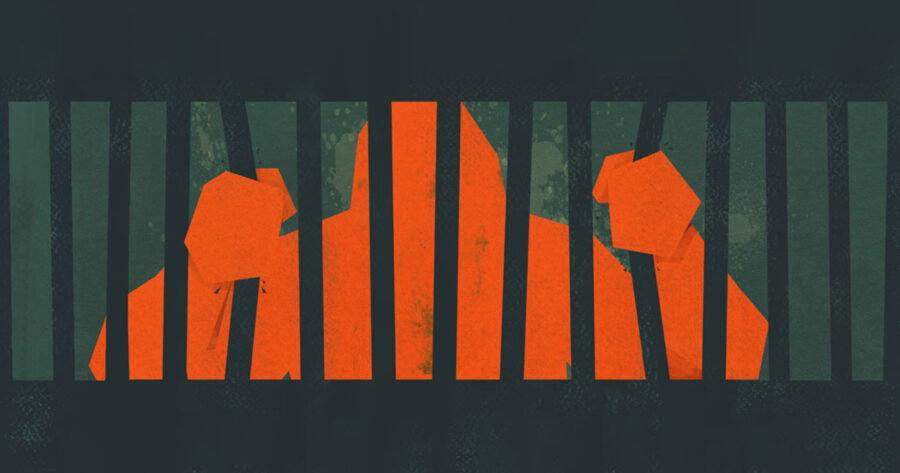 CLASSIFIED — A recent investigation into a mysterious facility currently holding an Ape in captivity reveals that it’s a fantastic place to work where everything always goes according to plan.

“Another beautiful day in paradise!” said security guard Anna Dimitrova as she clocked into her shift. “This is the greatest job I’ve ever had. The people are great, the benefits are second-to-none, and there are always the best snacks in the break room. And don’t tell my boss this, but the job is so easy. I just have to make sure the Ape we have locked up doesn’t break out, which is impossible.”

“We’ve been calling this place Ape In,” Dimitrova added. “On account of the fact that there’s an ape that’s always in a cage!”

Head of Research and Development Tyler O’Rourke believes it’s no surprise the facility has such a dedicated and happy work environment where things are always running smoothly.

“A lot of people are saying that we have a labor shortage in America. What we really have is a culture problem,” said O’Rourke as he looked over some recent findings from experiments conducted on the Ape being held at the facility. “Pay people fairly, respect their time, make sure they are doing a good job of keeping that ape in a cage, and really listen to their needs — and you’ll have a workplace that’s happy, healthy, and runs like clockwork, day in and day out.”

Several independent audits of the facility have uncovered that the work environment is low-stress, the food in the cafeteria is fantastic, and nobody has any moral quandaries about the wellbeing of the wild animal locked up in the depths of the installation.

“This place has been a game-changer for me,” said research scientist Chase Knowles. “I had a really awful work experience before this job, but every day I come in with a smile on my face. Bosses always say that work is like a family, but this is the first time I’ve really felt that way. Take this Ape, right? We’re best buds who get along great!”

Further follow-up questions to the facility did not receive a response, presumably because things are just going so well.

Feeling a little teased? Wondering what it would be like if that ape broke out of its cage and embarked a glorious jazz-filled violent rampage on its quest for freedom? Well boy do we have the game for you! This article is sponsored by Devolver Digital and you should check out APE OUT — one of the coolest indie games ever made!