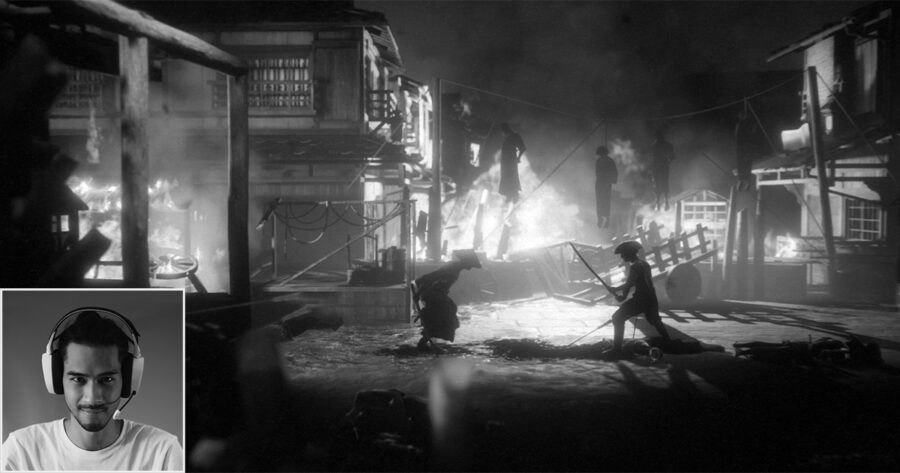 SAN DIEGO — An insufferable gamer has once again gone on an unsolicited rant about why he only plays monochromatic games, claiming them to be the most artistically superior of the medium.

“I only play games that are in black and white, anything else is Silicon Valley bullshit,” said Crawford Hutch, the local self described gaming enthusiast. “Games like Minit, Gato Roboto, and Trek to Yomi do things with composition and framing that your mindless colorful games could only dream of. If you need to rely on fancy gimmicks like ray tracing and more than two colors to get me to play your game, I highly doubt your game is worth my time.”

“I will make a rare exception for video games based on Best Picture Winners,” he added.

“Such as The Return of the King on GameCube, or Platoon on the NES.”

Friends of Hutch’s said his odd insistence on black and white games doesn’t even make sense.

“Okay, if you’re a fan of classic films and all that, I’d understand,” said Sal Comstock, a longtime friend of Hutch’s. “But he’s playing a lot of these modern games on his PlayStation 5, so it’s not exactly a vintage thing. I think he just likes being annoying about black and white stuff.  So you prefer games without color, okay. It’s a little bit odd, but who cares? I just don’t know why he has to be so hostile towards me about it all the time.”

Roommate’s of Hutch’s shared Comstock’s feelings on the matter.

“If I mention any video game to him, it’s always the same response,” said Josh Price, one of Hutch’s housemates. “He says ‘Is it in color?’ And I tell him of course it is and he just rolls his eyes and goes back to playing some clunky Game Boy platformer on his Steam Deck. I gotta find a new place to live, man.”

As of press time, Hutch was seen watching Avengers: Endgame in black-and-white and the sound off so it felt like it was from the ’30s

Hey this article is sponsored by Devolver Digital! You don’t have to be a super pretentious gamer like Crawford Hutch here to enjoy titles such as Minit, Gato Roboto, and Trek to Yomi — but you should check ’em all out on Steam because they’re fun!