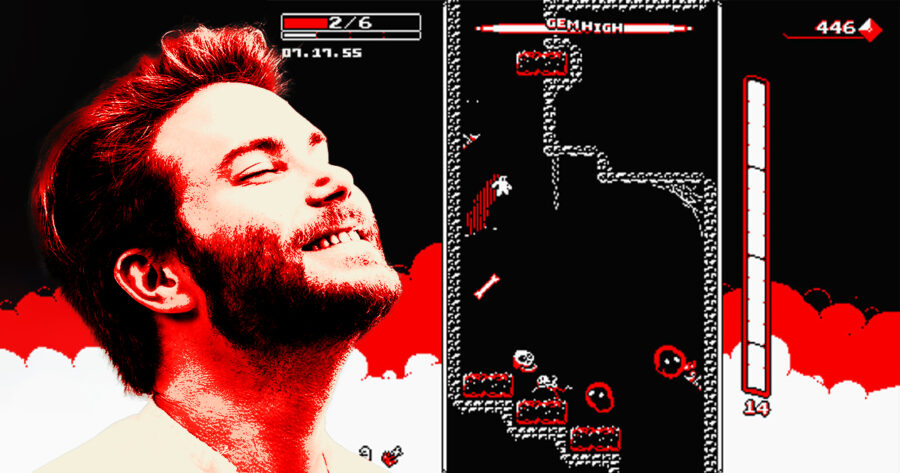 ATLANTA — Local gamer Matthew Bakerson got a 50 combo in the video game Downwell, made by Ojiro Fumoto and published by Devolver Digital, back in 2018, and hasn’t been able to talk about much else since then, according to those familiar with the situation.

“I think it was around when I hit 40 I started feeling a little funny,” said Bakerson, a warm smile growing on his face. “At 50 I realized what was happening: I had fully attained nirvana. This was the peak of human emotion, nothing else could hold a candle to getting a 50 combo. Nothing I ever do will quite reach the heights of that 50. Not my wedding, nor the birth of my first child, not even the birth of my second, cooler child, comes close to the feeling I got hitting that Downwell combo.”

Despite his success, Bakerson has been struggling to find purpose since his legendary run in the roguelike platformer.

“It’s weird living a life and already knowing what your obituary is going to say,” Bakerson explained. “Matthew Bakerson, dead at 92: the guy that hit a 50 combo in Downwell.’ Where do you go from there? How do you find yourself getting out of bed in the morning? The worst part is that it has ruined Downwell for me. I can’t find the courage to play it, knowing I’ll very likely never hit that high again. Oh god, what have I done?! When I close my eyes, all I see is black and red.”

Despite Bakerson’s bliss, those close to him have reacted with concern.

“The 50 combo was absolutely legendary, I’m not arguing that at all,” said Bakerson’s wife Diana. “But it’s been four years! I wish he would move onto other games, like My Friend Pedro or Enter the Gungeon. There’s other combos out there for him to hit. You can’t just relive your glory days, like you’re the kid who got a touchdown on his high school football team.”

“Wait did he say I was the less cool child?!” said Bakerson’s first child.

Hey guess what: this article is sponsored by Devolver! If you’re looking to feel the pure bliss that Matthew Bakerson has felt for the last four years, head on down to Steam and pick up Downwell. It’s literally $3 right now.