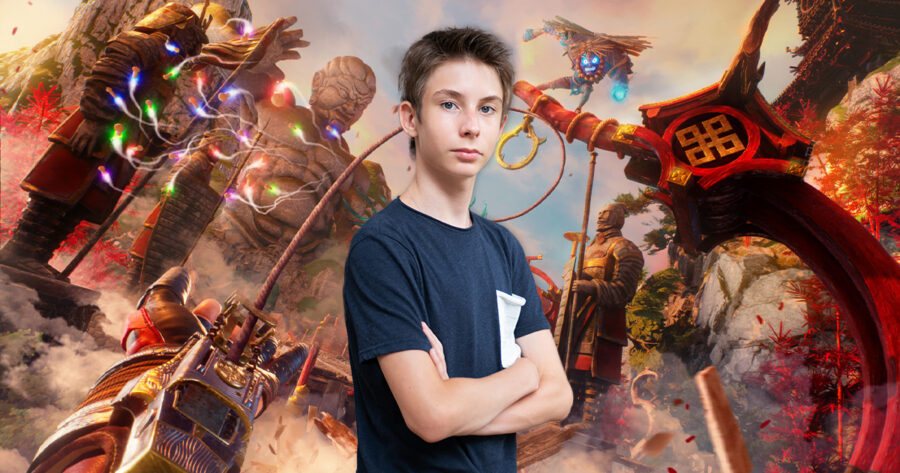 MILWAUKEE — A Wisconsin seventh-grader has filed a lawsuit against Flying Wild Hog, developer of the acclaimed Shadow Warrior video game series, alleging that the company plagiarized several narrative and design elements from his own ideas for a “really cool” first-person shooter.

Billy’s attorney acknowledged the difficulty in proving a case like this, but affirmed his belief that they have sufficient evidence to convince a jury of Shadow Warrior’s adolescent origins.

“The facts are on our side, and the jury will see that,” he continued. “We’ve already filed the original design notes and drawings from the margins of Billy’s science book into evidence, as well as a desk into which he carved the last name of Shadow Warrior’s eventual protagonist Lo Wang. We also have reliable testimony from Billy’s best friend Johnny, who my client told about the game and agreed that it sounded, and I quote, ‘rad as hell.’”

A spokesperson for Flying Wild Hog has denied the allegations of plagiarism, and insists that the studio developed Shadow Warrior with no influence from the violent and immature fantasies of a 13-year-old boy.

“Any similarities between our studio’s games and the wild imagination of a hormonal teenager are purely coincidental,” the spokesperson responded. “Furthermore, there are several gameplay elements in Billy’s outline that were never put into Shadow Warrior, such as his idea for fully interactive sex scenes at the end of every level. There was just no way we could do that without it affecting our ESRB rating, so we had to leave it in the notebook where we found it. Oh wait, I didn’t mean…uh…ummm…” At this point, Flying Wild Hog’s spokesperson quickly left the room without taking any questions.

At press time, both sides had reportedly reached a settlement agreement that would bring Billy on to head development of the studio’s next project.

If you’re reading this and you’re like “damn, it’s too bad this is satire because that game sounds cool as hell,” then I have good news for you: this article is sponsored by Devolver Digital! Check out the Shadow Warrior games on Steam and cut through demons like you’re running through the dreams of a crazed 13-year-old boy.