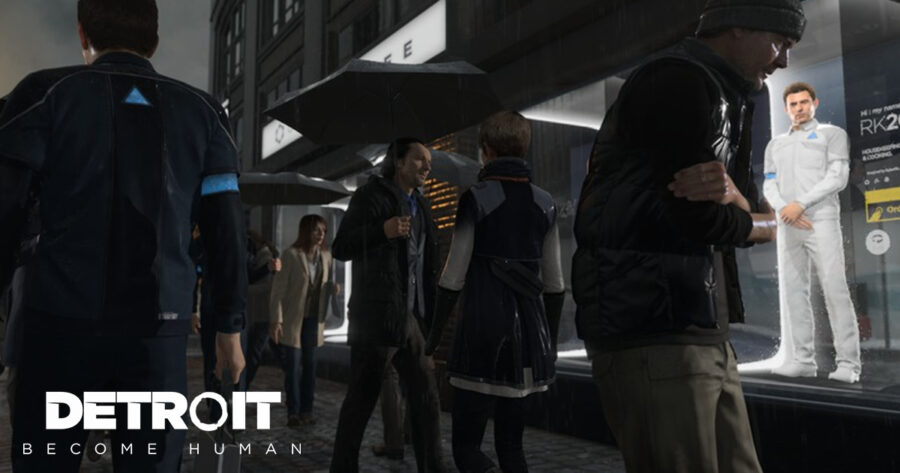 Controversial gaming auteur David Cage has announced a release date for his latest title, “Detroit: Become Human,” a highly anticipated neo-noir game that is being praised as bringing to life the unending gauntlet of misery and hardship that makes up the reality of living in Michigan.

“We wanted to explore this idea of, can we teach robots to learn, to love, to realize that they are living in one of the most famously downtrodden states in the United States?” said Cage. “And I mean what better setting for a game this dark than the place that has supplied America with so many of culture’s greatest monsters, from Timothy McVeigh to Kid Rock?”

Cage has said that he thought making a shooter set in the state with 7 of the 50 most violent cities in America would be obvious and insensitive, preferring instead to give the game a more meditative experience.

“I wanted to try something else besides those bullet fest games everyone else is doing,” he said.  “Those are played out. What I wanted to see in a game is a level where the entire auto industry that made your state famous leaves one day, and you suddenly have to reimagine your entire life. Now that’s exciting!”

Players control several android protagonists in “Detroit: Become Human,” and affect their lives by making a series of critical choices. However, players do not have the option to make the characters pick up their lives and move out of Detroit. Releasing on May 25, the game’s unconventional take on interactive narrative storytelling already has video game fans brimming with excitement.

“Oh wow that sounds really interesting,” said Flint native Stacy Meyers, during her daily commute to a bottled water center.  “If I had a Playstation and we still had a mall I would definitely pre-order that.”