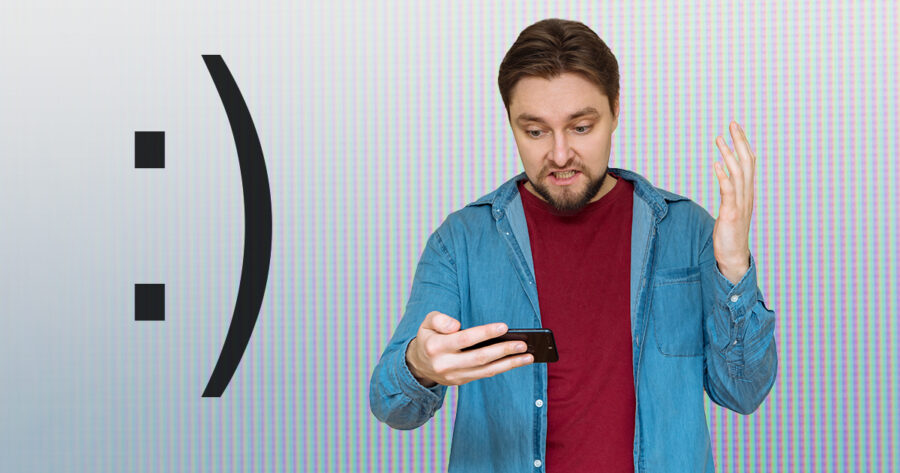 TAMPA, Fla. — Decrepit old man John Cruller, 34, has reportedly been posting on an ancient social media website known as “Facebook,” a platform for senior citizens, complaining about emojis to his 327 friends.

“Back in my day we expressed our emotions with arcane combinations of colons, parentheses, and brackets, and we liked it! >:(,“ Cruller posted three days ago. “It was an art form! D:< Kids these days have stunted communication skills, it’s all dog, eggplant, fire truck, what does it mean? :/”

Cruller’s postings have received upwards of seven likes on Facebook, sparking a spirited debate that has spread to other platforms such as Instagram and Tik Tok.

Undeterred by the controversy, Cruller has continued his crusade, typing furiously on a forgotten piece of technology known as a “desktop computer.”

“PogChamp? I was the Pog Champ back in 1994!” Cruller posted yesterday at 8:17am. “I hustled so hard they banned pogs from the playground! Why is it a dinosaur? Shouldn’t it be DinoChamp? (ಠ_ಠ)”

At press time, Cruller’s family was reportedly considering moving him to a retirement home where he can play Mario Kart 64 in peace.