Deathloop Review: Wait, What? No! It Can’t Be! I’ve Already Done This! 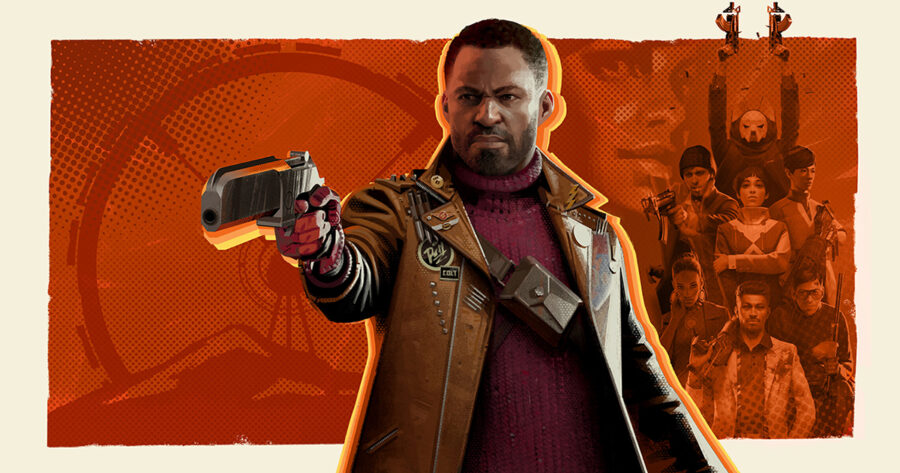 I’ve been told that it’s because it’s on Xbox now and was exclusive to PlayStation 5 for a year, but that sounds like horseshit to me. Why would I be tasked to review a nearly identical version of a game that has been out for a year? That can’t be it. Maybe I’m dreaming? Maybe last time was a dream? Oh Jesus, I’ve got some things to sort out here.

It’s just the same as before, I swear this has all happened exactly the same as before. My editor gives me a review copy of Deathloop and asks me to get through it and write a review in three days somehow. I told him that this all happened already, but he didn’t care. He just said he needed the review ASAP. So here I go again. This all happened once, I think. Holy shit, I’m not sure what’s real or fake. What has happened already or what hasn’t.Not only that, I’ve spent the first day of my assignment wrestling with all of my confusion. Fuck!

Okay, I’ve wasted enough time. On with the review.

Deathloop is, once again, a game that has you playing an assassin trying to eliminate eight targets before midnight, lest the loop you’re stuck in repeat itself. I can’t imagine the version on the Xbox that just came out is much different than the PS5 one, but since life is but a hamster wheel, fate dictates that I must now pay this game to completion almost exactly one year after I already did. Or am I mistaken?Did I actually get to play a PlayStation 5, or did I dream that?

Deathloop is also the latest from Dishonored developers Arkane Studios. The highly anticipated game delivered the smooth combat and innovative gameplay that the studio has come to be known for. Deathloop is fun as shit and maybe more importantly, unlike anything else you’ve played this year.

Hey, also, now it’s on Xbox. I’m not sure what else to tell you.

Oh wait, I think I know. Maybe this is a test. It doesn’t matter what I do, this is all a simulation! That’s it. I have to throw this whole loop a curveball and hope it spits me out or something.

Okay, I thought if I freaked out for a while I’d wake up or something. But no, the game is still right here on pause. Damn.

Graphics look great, to be honest. I mean, it’s a modern video game. They mostly look pretty good, I guess.

I’m going to try to jump into the game.

I’ve been up for days, it’s the only solution left. I’m going to jump into the fucking game and sort this shit out. I’m ready. I’ve removed my clothing and oiled up my body, now to slither into the monitor. It’s gonna be like The Ring, but backwards.

It didn’t work. Oh god. I made an awful, awful mess. Then just now I slid out of my seat when I went to write about the mess I made. I am naked, injured, cold, and afraid. This concludes my review.

Verdict: Great graphics, gameplay, and story come close but don’t quite make up for the fact that I think I’ve been cursed by some sort of timelord.