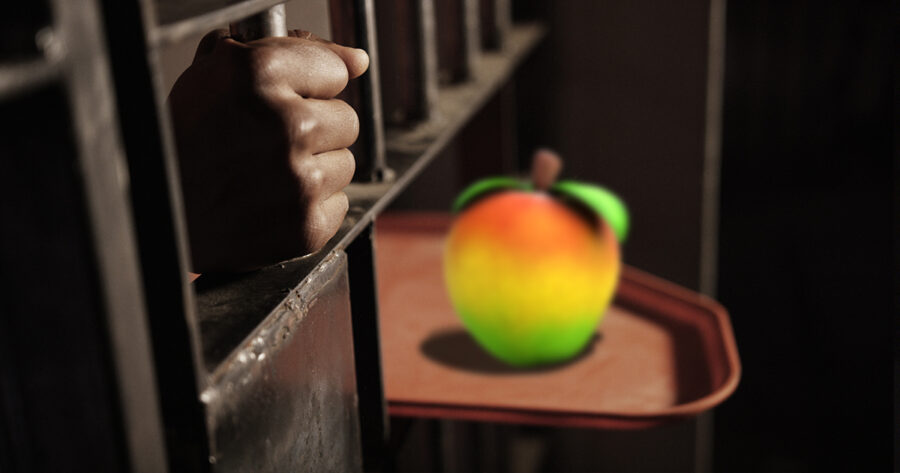 EL DORADO, Kan. — A man on death row stupefied the staff of the maximum security prison where he was sentenced when he survived his own execution totally unscathed after previously requesting 100 wumpa fruit as a last meal, witnesses confirm.

“I was worried they weren’t gonna go for it and the whole scheme would fall apart,” inmate Will Dearborn said of his request, exiting the prison as a free man due to an arcane loophole caused by his extra life. “The chef just kept telling me to be reasonable and to have something normal like steak and potatoes, but I told ‘em there’s nothing in the rulebook that says you can’t gobble down 60lbs of sweet, juicy tropical life-giving fruit for your last meal.”

The fruit, native only to the Wumpa Islands south of Australia and extremely costly to import, is revered in Aboriginal culture for its health benefits. Staff at the prison were seemingly unaware of the healing properties of the fruit when they finally relented to Dearborn’s unusual request.

“I just don’t have time to keep up with all the different types of 1-Ups they’re coming up with these days,” admitted an embarrassed Warden Clay Reynolds when asked for comment. “I haven’t even played a video game myself since Mario 2 — I have to spend most of my days making sure no one’s digging an escape tunnel behind their Nintendo Power posters. I don’t even know why we gave those to everyone who asked for one!”

It wasn’t until Dearborn finished the final fruit and a loud cartoon bell sound began blaring in the distance that corrections officers suspected that a premeditated scheme might be unfolding.

“Normally, guys don’t make a loud ambient ‘bong’ sound when they finish eating, which is what tipped me off,” Officer Blaine Mono explained. “It was so loud that it woke me up from my daily routine of leaning back in a chair and half-snoring while an old sitcom plays on a fuzzy little black-and-white television screen. As soon as they told me what Dearborn had eaten for his last meal, I knew what had happened. I probably should’ve said something, but I figured he’d gotten away with it at that point, you know? Sometimes you just have to respect the hustle.”

At press time, Dearborn’s fortunes had quickly reversed after he was immediately transported to the hospital due to pancreas failure from eating 100 wumpa fruits.