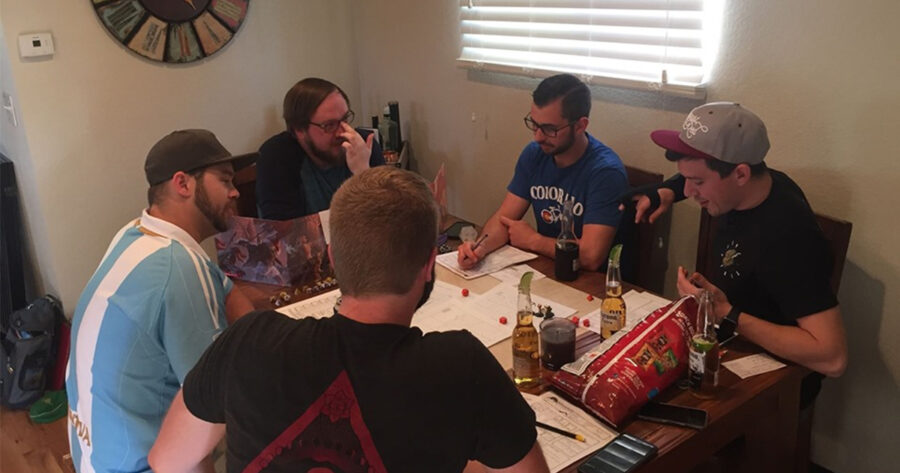 AKRON, Ohio — A local Dungeons & Dragons group reportedly spent four hours this weekend choosing how to spend the bounty of gold they won by solving a puzzle that took them several minutes to complete, according to those familiar with the situation.

“What people don’t get about D&D is that it’s barely a fantasy roleplaying game; it’s a commerce simulator,” said the group’s wizard, Kai MacFarlane. “For me? The puzzle isn’t figuring out which talisman to shine a ray of light on from my magic scepter. No. The most important puzzle of D&D for me is what stuff am I going to buy from this local salesman with my gold, with the idea that I can eventually use it to solve a puzzle at a later time, but actually just hold onto it in my inventory until we all get bored of tabletop games.”

Despite enthusiasm from players, the group’s Dungeon Master Janine Swift was reportedly annoyed by the playstyle.

“I know I’m not supposed to railroad, but I have built all of these complex puzzles that fit into a satisfying narrative in a vast world, filled with interesting characters. And what am I doing? I’m blowing out my voice as a fucking grung merchant all day explaining over and over again how the different poisons work,” Swift explained. “I always hated when my friends wanted to start lemonade stands as a kid and now I feel like my favorite hobby has turned into a glorified version of that. I’ll do anything else. Anything! I’ll even let Kai do that weird voice he was doing earlier that everyone hated.”

At press time, the group’s bard, Adam Marsh, said that he agreed with Swift, stating that he wanted to spend less time spending gold, and more time romancing all of the NPCs.