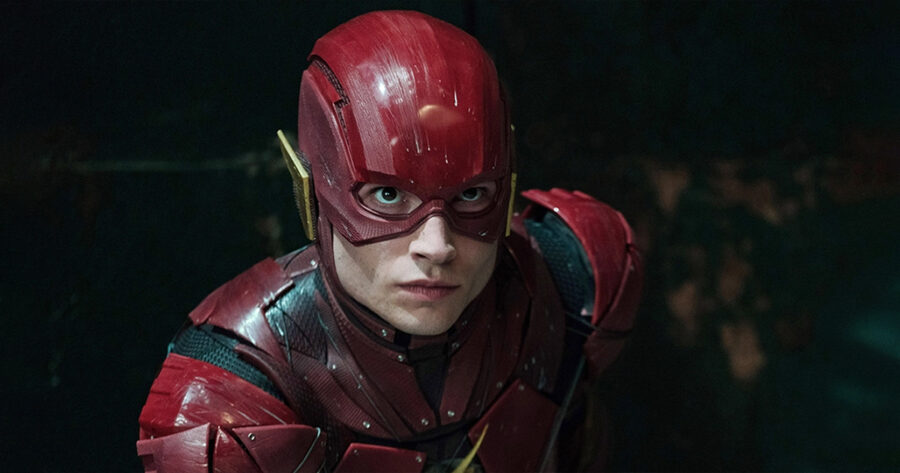 LOS ANGELES — Following a series of high-profile controversies and arrests involving star Ezra Miller, editors of the upcoming DC Extended Universe film The Flash are frantically trying to reshape the narrative to make the titular star into the antagonist of the film.

“Fuck, man,” said Paul Machliss, editor of The Flash, after reading the new Rolling Stone report about the allegations that Miller is keeping three children in an unsafe environment littered with guns and loose bullets, which comes just two months after Miller was arrested for throwing a chair at a woman, which came just weeks after being arrested at a bar and charged with harassment and disorderly conduct, which came just a year after video surfaced of Miller choking a woman in Sweden. “What the fuck is going on? Do you know what they’ve asked me to do? I’m supposed to make The Flash the villain of The Flash. I’m ruined! Ironically, I can’t believe how fast this all happened.”

Despite the negative morale surrounding the project’s new direction, DC executives were optimistic that the film could be salvaged with a little reworking of the story.

“There are always going to be obstacles to making a tentpole picture, even one with a well known character like The Flash,” said Walter Hamada, President of DC Films. “Sometimes one of your actors can’t shave their mustache. Sometimes, just as another random example, the star of one of your biggest upcoming movies seemingly decides to just do any fucked up thing they could think of for an entire year. Obstacles like that, you know? Nevertheless, we’re thinking we can whack something together here where The Flash is actually the bad guy. Good thing we ripped off the Spider-Man movie and are rounding old Batman’s for this one.”

Many have speculated that it might be best to leave the film as is and part ways with Miller moving forward.

“Look, we understand you started planning this movie and cast them as The Flash years before all of this shit,” said Brianne Cunningham, a DCEU fan. “But you can’t keep this gig and act that way. I think you should just turn The Flash into a bad guy somehow and maybe the Justice League can beat him up for an hour and a half. That sounds pretty good, to be honest.”

At press time, executives at Warner Bros. were reportedly mulling over if anyone would care or notice if they just played the 1966 Batman movie in showings of The Flash.