Cruel and Unusual: Prison Console for Inmates Only Has Mad Catz Controller 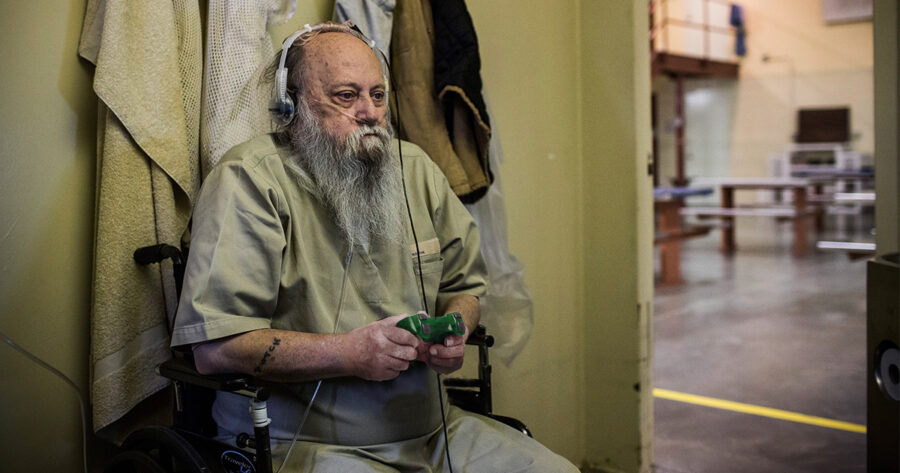 ALLENTOWN, Penn. — Alleghany County Jail admitted today, in a shocking revelation, that the XBOX it allows prisoners to spend their “positivity” token to play only has Mad Catz controllers for use.

“I mean, is there really a big difference? Before I donated this old thing to the prison, my grandkids would play it for hours and seem to have a good time,” said warden Kyle Woodson who is set to appear before court for video game related prison torture by 2018. “Isn’t it neat how they are see-through?”

Once word got out to the inmates about the new bittersweet reward on offer, tensions rose.

“This is just another example of the inhumane treatment inmates face on a daily basis,” said prisoner Carl Moss who is serving a ten year sentence for identify theft. “I understand I need to pay a debt to a society but not even murderers should have to use these garbage controllers.”

Tensions almost spilled over when convicted arsonist James Fisher attempted to shank the Mad Catz controller after he was playing Halo: Combat Evolved and his A button got stuck resulting in him being unable to jump at all.

“The only thing I regret about my crimes is that, instead of burning down that GameStop after they gave me only $12.38 for my childhood memories, I wish I had found out who created these impostor controllers and set their house on fire instead,” said Fisher.

The horrible conditions were brought to light due to an exposé on the horrors of prison torture by the New York Times in August.

“I have been to prisons all across the country where inmates were forced to starve in solitary confinement in total darkness for months… but no torture compares to watching someone being unable to move sideways in an intense game of TimeSplitters 2 as a result of a Mad Catz analog stick that appeared to be somehow chewed off,” said New York Times reporter Clare Aeuyong.

At press time, the New York Times writer set off to the Middle East to write an even more eye opening piece about how ISIS is torturing journalists by forcing them to play Overwatch online with blind teammates.