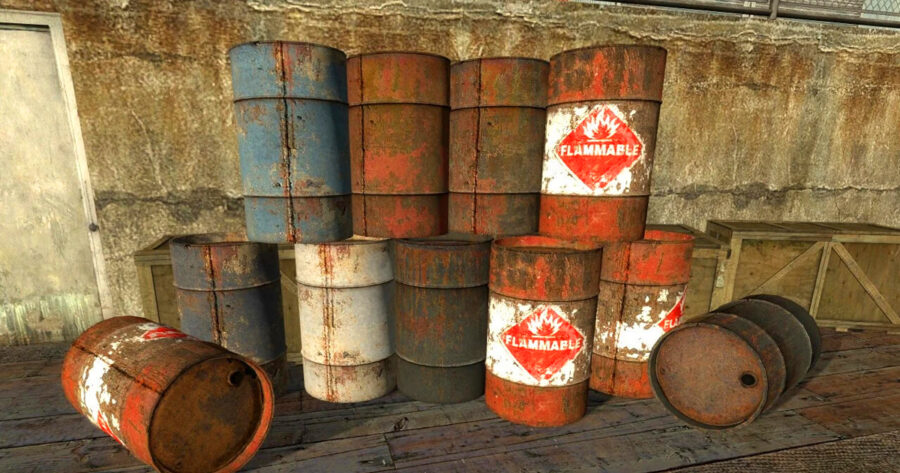 “The barrels were not meant to incite violence,” Cleveland Police Chief Tucker “Whitey” Duke stated at a press conference this afternoon, responding to the allegations that police had distributed the barrels to ensure that the peaceful protests grew violent. “They were moved to that location for the public’s safety. After an investigation at a nearby refinery it was concluded that these barrels were dangerously close to a mine cart conveyor system with missing areas of track, so our officers took it upon themselves to relocate the orange, highly explosive barrels so that further violence could be avoided. That’s all.”

Protesters responded to these claims with a chorus of boos, causing the press conference to end abruptly and unexpectedly.

“The cops are supposed to keep the peace, but what they really want is control. They leave a bunch of explosive barrels out, they know how the average person is going to respond,” said one protester, Lisa Midoriya. “Those barrels are so tantalizing, even the most peaceful of protestors will have trouble triggering one, just to see what happens. Hell sometimes, they go off if you just kinda brush past them. It’s all fucked.”

“The one cop said, ‘Set them a couple yards apart from one another, each by an object that could ostensibly be used for cover in a firefight,’” she added. “They knew exactly what they were doing.”

Historians have long posited that villains throughout history have used incendiary red barrels as a way to create a focal point that draws the passerby’s gaze.

“The relationship between person and barrel is complex and fraught,” said Ezra Wynan, author of Why We Detonate. “Like Chekhov’s proverbial gun, a red barrel, no matter the situation, is fated to explode. These officers know that. Shame on them.”

“Still,” he added. “It is pretty fortunate that there have been so many miscellaneous first aid packs laying around. You don’t always see that.”