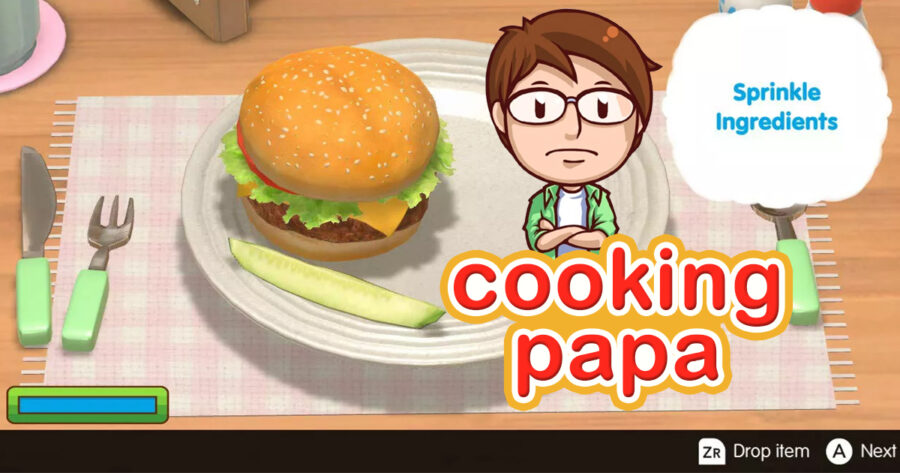 DURANGO, Colo. — After sinking a few hours into the latest controversial game in the Cooking Mama franchise, local gamer April Ross discovered that among other forms of neglect, the titular character in Cooking Papa doesn’t tell you “good job” after completing a level.

“It’s a much more distant experience than Cooking Mama,” Ross observed. “For one thing, you don’t really learn any recipes. The most active mode is ‘Help Out By The Grill,’ and even then you just kind of stand there doing nothing while Cooking Papa rants about how the Astros should be permanently suspended from the MLB.”

Much like the title character’s emotions, the levels of Cooking Papa range wildly — from ‘Heating Up Some Hot Dogs in the Microwave’ to ‘Just Order a Pizza’ to ‘What Do You Mean You’re Hungry Again?’ Additionally, the game has an overhauled reward system, with new achievements including ‘A Little Pink Never Hurt Nobody,’ which is received for serving food that is bordering on raw.

Ross also noted that unlike other games in the series, Cooking Papa involves little-to-no eye contact for the duration of gameplay.

“I don’t know why the game’s camera is sort of perpendicular from Cooking Papa, and angled two feet below him, such that you view him as this authoritative yet deeply flawed figure that is too intimidating to question,” she said. “I thought Cooking Mama’s straight-to-camera setup worked just fine.”

In addition to new mechanics and achievements, Cooking Papa has been described as the most ambitious campaign yet, with a more narrative plot than has ever been seen in the franchise.

“About halfway through the game, Cooking Papa just stops showing up,” said Ross. “He said he was going out for some Paprika and then he didn’t come back!”

Developers Taito have announced a season pass of DLC called the Cooking Father Figures pass, which will serve as a continuation of the Cooking Papa storyline and include upcoming standalone chapters called Cooking Uncle, Cooking Professor, Cooking Todd, and Cooking Archival Footage of Mr. Rogers.

As of press time, Cooking Papa has been pulled from shelves for, “failing to meet the standards of fatherhood its customers expect and deserve,” after just a few days on sale.