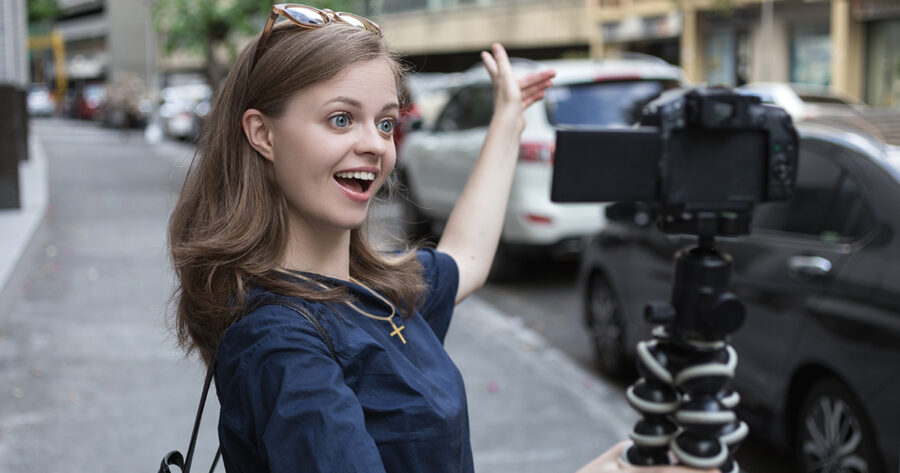 RICHMOND, Va. — Christian YouTuber LEViticus has posted a controversial video reminding peers that the YouTube algorithm works in mysterious ways and that it must not be questioned.

“The algorithm is an unknowable entity beyond our understanding,” said Lev Burningham in the recently uploaded video. “Much like the Lord Himself, the algorithm acts in ways that we could never understand. It is not our role to question the inner workings of it, only to accept it and love it. If I knew the machinations of YouTube’s algorithm, why would I be sitting at only 43 subscribers? I’m clearly being tested by YouTube and I will not fail them. So sayeth the algorithm.”

LEViticus went on to discuss the struggles of those he considered peers, such as BiblicalGamer and WaterIntoWineMom.

“People tell me ‘Tiffany, you should post on a consistent basis during peak hours, share a link on Reddit or at least let your friends and family on Facebook know. Give a call to action, have a topic to discuss, get your dog to stop barking,’” said Tiffany Gates, better known as WaterIntoWineMom, rolling her eyes. “My relationship with the algorithm is between it and me. I know it will bless me as long as I change absolutely nothing about myself.”

“Our story is much like that of Job,” she explained. “Satan thought that if he relentlessly persecuted and tormented Job, he would forsake God. Job lost everything and yet he still believed, despite not understanding why he was being persecuted. Our channels rarely get any engagement or followers, yet we continue to persevere by posting videos in portrait mode at 6am every 2-to-3 months.”

As of press time, both LEViticus and WaterIntoWineMom have asked for thoughts, prayers, likes, and subscriptions.