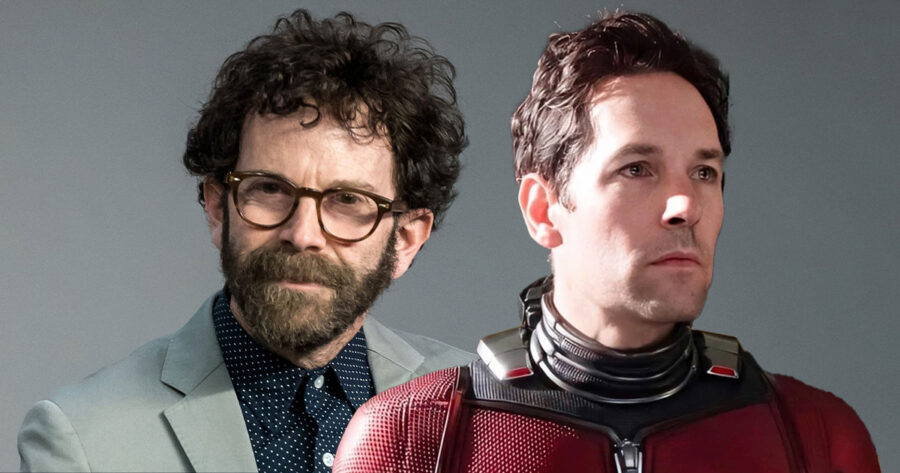 LOS ANGELES — The Marvel Cinematic Universe has just announced its latest auteur director in the wake of Sam Raimi’s Doctor Strange in the Multiverse of Madness. In the next take on an already iconic character, Charlie Kaufman’s Ant-Man Contemplates If Life is Even Worth Living was teased for the next phase of the MCU.

“Set backwards and over five concurrent times in Ant-Man’s life, I wanted to see how Scott Lang can hold up against his toughest foe yet: the knowledge that we live and die completely alone,” Kaufman said. “Ant-Man will have to come to grips with physical apparitions that represent his grief and loss after his wife, The Wasp, both divorced him and died shortly after the events of Avengers: Endgame. After seeing Ant-Man and the Wasp, I loved the idea of shrinking hijinks, but I also wanted to see what would happen if the character was pushed to his absolute emotional limit. After finding warm solace in a morphine needle, my version of Ant-Man must defend himself from the brutal apathy and mundanity of the life of a man who can shrink away from his problems.”

“Also Ant-Man is writing a movie in this one,” Kaufman added. “Gotta get that in there, too.”

Marvel Studios President Kevin Feige said Kaufman was brought on board to appease some common complaints leveraged against the MCU.

“You bastards always complained that these movies aren’t cinema,” Feige said. “Let’s see how you like ‘em now. Can barely even understand this shit. You want cinema? Fine. Enjoy having to watch this three-and-a-half hour Ant-Man movie six times before you even vaguely understand what it’s about. You’ll get on your hands and knees and beg me for a formulaic, clean-cut superhero movie after you watch Ant-Man sit in an empty room and sob for twenty minutes before the film just cuts to black and ends.”

Paul Rudd, the titular Ant-Man, explained the difference in process this new take had that previous films did not.

“Usually I put on my suit, stand in front of the green screen and do some takes before a bit of riffing and improvisation, but this one was a lot more difficult,” Rudd said. “First, Charlie wanted me to gain fifty pounds. Instead of being shredded but cutesy, he had me play Ant-Man as a doughy misanthrope who eventually has to write the script for the first Ant-Man movie.”

“Here, let me show you a clip of this shit,” Rudd added, before playing a scene from 1998 film Mac and Me.

At press time, sources at Marvel hinted that the post-credits scene for Ant-Man 3 may tease a follow-up where the Guardians of the Galaxy struggle with anxiety and insecurity throughout space and time.