Cat Walking Over Keyboard Gets First “All Achievements” Run in Stray 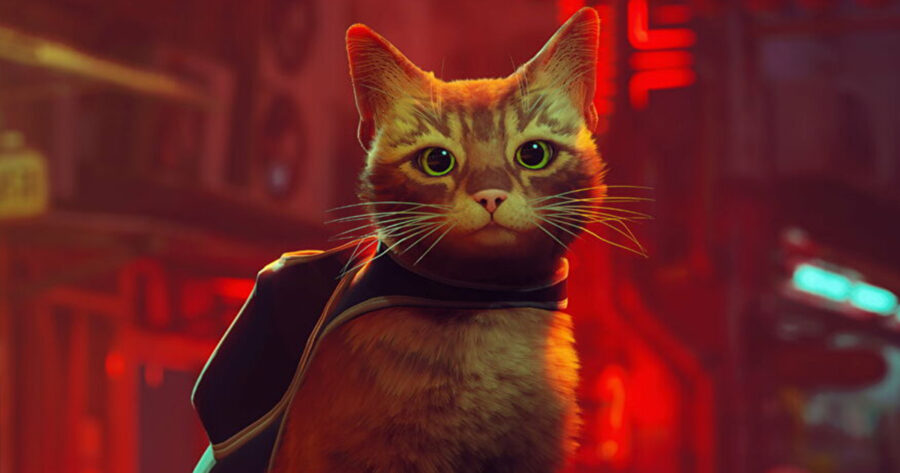 NEW YORK –– BlueTwelve Studio has confirmed that the first ever All Achievements run of its hit feline adventure game, Stray, has been claimed by a cat walking back and forth over a keyboard.

“It’s just the craziest thing,“ said streamer Robin Callaway, the proud owner of the cat in question. “I always knew Cha Cha was capable ever since she learned to tip over the automatic cat food dispenser, but I’ve never seen anything like this. I leave the apartment for one day to go upstate with friends, and I come back to find that Cha Cha had somehow got on my PC, bought Stray on Steam, turned on my recording equipment, logged into Twitch, and streamed herself 100%ing the game in front of thousands of viewers. Cats are so weird.”

“Cha Cha had a fantastic stream presence,” said chat audience member Philip Matthews, “I was glued to my seat the entire time. You couldn’t risk missing a moment of the action. You only hoped you had some empty Mountain Dew bottles lying in arm’s reach when nature called.”

The entire stream totaled several runs over a period of 24 hours, 16 of which Cha Cha spent sleeping.

“Whenever she was woken up by the non-stop sound of Twitch donation notifications, she would pace around the keyboard and bat at the mouse,” Matthews explained. “Her first two runs were great, but when she finished the game in 90 minutes on her third attempt while collecting all 24 achievements, it put my opposable thumbs to shame. I got chills one time when I’m pretty sure she meowed my name right after I commented.”

The team over at BlueTwelve Studio was captivated by Cha Cha’s natural affinity and ability for Stray, inspiring some unconventional changes in their own workstyles.

“We already have cats in the office, so we told the developer team to start assigning them projects,” said a BlueTwelve producer. “They’ve been helping out with everything — playtesting, writing code, level design — you name it. The work ethic has been a bit lackluster, but Falafel and Wingnut have really taken a liking to the motion capture suits.”

“I guess that’s on us, too, a little bit,” they added. “All the resumes we looked at were from cats whose only work experience was guarding bodegas from rats.”

As of press time, Cha Cha was tweaking off catnip and could not be reached for comment.