Buckle the Fuck Up: Our DM Just Showed Up and He’s Wearing a Duster 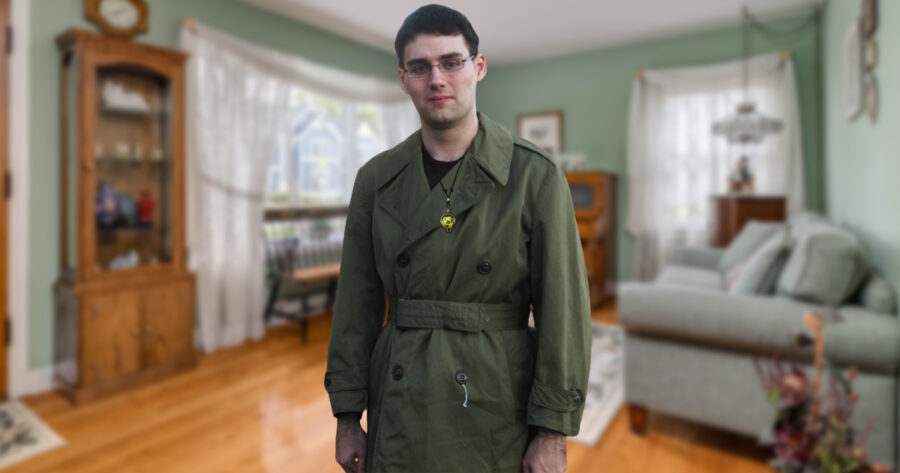 Oh fuck me you guys, you won’t believe what just happened. We got together for our weekly D&D game at Jay’s, and Jesse was a little bit late. Not a big deal really, just a little bit unlike him. He’s always on time, and as our dungeon master, he is usually the first one to arrive, so that he can start setting up and doing last minute fine tuning, things like that.

That’s why it felt peculiar when it got to be a quarter after 7 and there was no sign of Jesse. No texts, nothing. We had decided to play a few rounds of Mario Kart while we were waiting, and after a few minutes we heard his car pull up in the driveway. So a bit of a late start to the game, but by and large, we thought all was well. Boy were we wrong.

The first hint that our fucking minds were about to get fucked should’ve come when Jesse opted not to enter through the front door as we all usually did, but the way he broke into a basement window and shocked all of us by entering into the room from the kitchen entrance. That’s when we saw it. This motherfucker had on the biggest blackest duster I’ve ever seen. Ho. Ly. Fuck.

When I say enter, I mean he goddamned entered, too. He stepped into the room looking like Neo with his jacket and his shades. Oh yeah, he was wearing sunglasses too. We just paused the Switch and stared at him, our mouths agape as he spun around and did finger guns as his trenchcoat did that awesome swirly thing.

After looking around for a minute, he said real calmly, “Follow me into the kitchen to begin the rest of your lives.” How fucking cool is that?! Also, he always brings a 12-pack of Pepsi, but he was really committed to this new thing he was doing, because he didn’t have Pepsi or even his usual box of Cosmic Brownies. Just this new cool attitude.

We have had the same unofficial seats since we’ve been playing this game, but tonight everyone clearly jockeyed for position to sit closest to Jesse. I’ve never seen anything like it. It’s sort of the exact opposite of his ill-fated fedora phase that we all decided to never mention again. This motherfucker went back to the drawing board and practically split the atom. I feel bad that I almost quit coming to this game. Imagine if I’d missed this shit.

Okay, I came to the bathroom to scribble my thoughts down, as this is clearly about the be the craziest night of my fucking life. Will keep everyone updated. A duster!