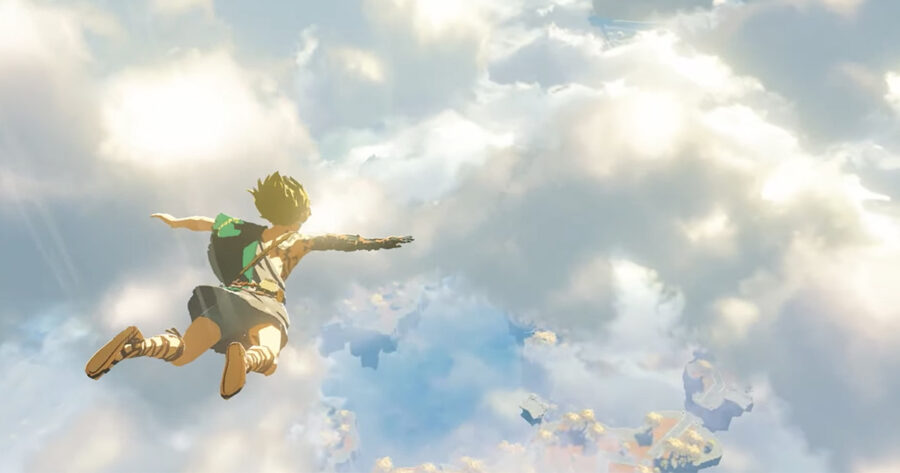 KYOTO, Japan — The recent premiere of footage from the highly anticipated Breath of the Wild 2 entry in the Legend of Zelda series reportedly united the collective gaming community for about three or four hours earlier this week.

“That was a really special time, when we were all excited about Breath of the Wild 2 for a little bit that morning,” said Emma Sims, a longtime fan of the Zelda franchise. “But then people started talking about getting rid of the weapon durability feature, and well, I don’t think I would enjoy the game nearly as much if they removed that aspect from it. Now I’m a little worried, to be honest.”

The polarizing mechanic, which made its first appearance in the series in 2017’s Breath of the Wild, has inspired many passionate conversations about whether it should be included in the sequel.

“Whether they include it or not, it’s still the next Zelda game,” said Clayton Glass, another gamer anticipating the 2022 release. “I’m sure it will still be an open world adventure filled with puzzles and combat, featuring Link, Zelda, and Ganondorf. My group chat lit up when we saw the trailer, and by the end of the day we were at each other’s throats about whether you will be able to play as Zelda and Ganondorf. I think they started a new chat without me. It seems like a bit much for something that we’ll know in like a year.”

Representatives from Nintendo were reportedly overjoyed to bring this level of solidarity to the gaming community.

“We were all beside ourselves when we realized we were able to get people to be happy about a thing for like, 90 minutes?” said Doug Bowser, President of Nintendo, following Tuesday morning’s Nintendo Direct presentation during the E3 show. “I don’t know if we’ve seen that since we announced Ridley for Smash Bros. I came back from a celebratory lunch and there were two groups with completely opposite opinions screaming about what we need to do in this game. So you know, fun while it lasted.”

At press time, rioting broke out in front of the Nintendo headquarters in Japan after a developer accidentally whispered “Metroid Prime 4” to a co-worker during a walk around the block.