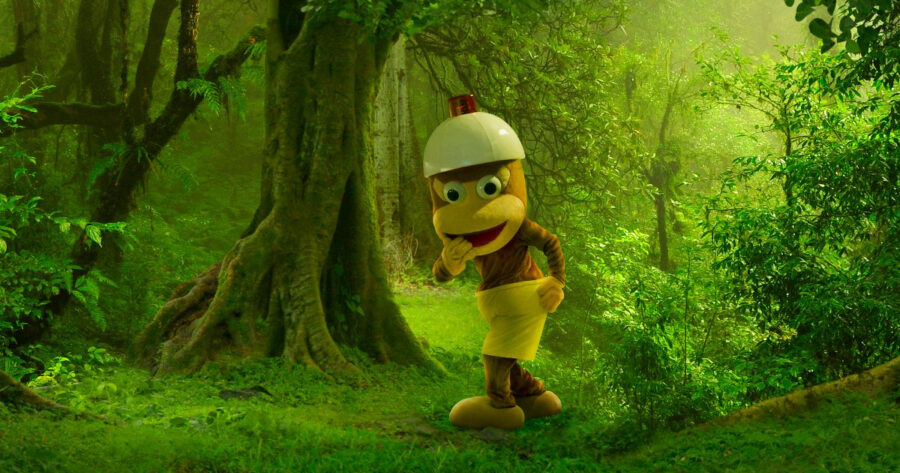 MONKEY PARK — Officials at the local Monkey Park Amusement Center were shocked this morning to discover that all of the apes had broken free from their habitats and escaped.

“It seemed like everything was perfectly normal this morning when I opened up. I looked in the cages to make sure the apes were there like I always do,” said Monkey Park Head of Security Alec Ewing. “But when I came back from getting a cup of coffee, the apes had escaped! I mean, there wasn’t a single ape anywhere!”

After making their escape, the apes proceeded to run rampant throughout the city, causing mass amounts of comic mischief and cartoon violence.

“I was minding my own business driving to work when, what do I see out the window, but an ape wearing a funny police light on his head running around!” said local construction worker Dylan Fitzgerald. “I said to my wife, I said, ‘There ain’t no way that ape is supposed to be there! It’s gotta have escaped from somewhere.”

Local authorities are urging the public to remain calm as they work to solve the farcical incident, though many are placing the blame squarely at the feet of the community’s resident Professor.

“When I invented the incredible Pipo Helmets that grant super-intelligence to anything that puts them on, I had no idea they could be used by apes as a means to escape,” said the Professor as they handed a real, working lightsaber to a 10-year-old boy. “My team is ready to retrieve these apes, safely and humanely, by shooting them with a slingshot and then catching them in a big net.”

At press time, Monkey Park officials were meeting with actor Seth Green to discuss plans to prevent any apes from escaping in the future.