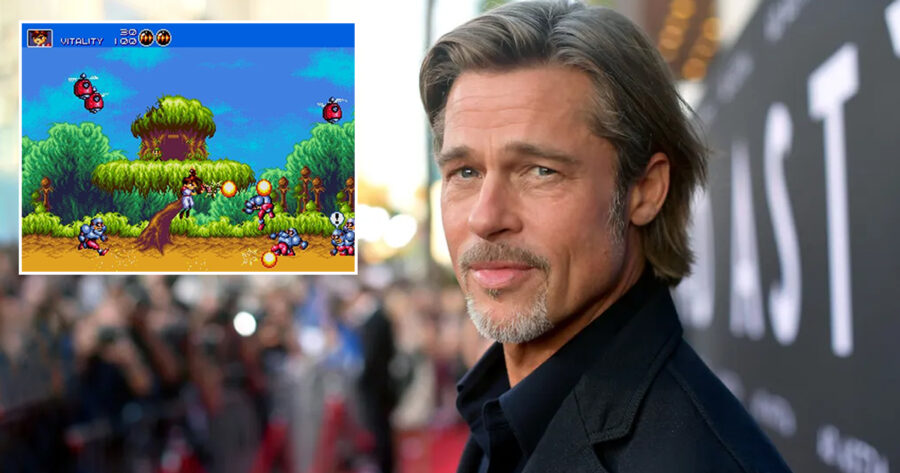 LOS ANGELES — In a new eye-opening interview with GQ magazine, Oscar-winning actor Brad Pitt has admitted that he’s probably closer than ever to retiring and just playing old SEGA games all day.

“I consider myself on my last leg, this last semester or trimester,” says Pitt in the piece, reflecting upon his career. “I’ve got a lot of gas left in the tank, no doubt about it, but there’s just a lot of old Genesis games I’ve not given their proper time over the years, and I think about that more and more. I’ve played Ristar, but I’ve never beaten it, you know? Comix Zone, Vectorman, shit like that. I’ll probably just pack it all in one day and go apeshit on eBay buying old SEGA games and finally work on this backlog that’s been plaguing me since I made Interview With the Vampire.”

Many who have worked with Pitt said he’s truly one of a kind among his generation of thespians.

“He’s the last movie star we have, no doubt about it,” said Quentin Tarantino, who’s collaborated with Pitt on two of his films. “I was just in awe of him when we did Inglorious Basterds. The way he’d come out of his trailer and just absolutely light up the set, and then be a total professional  and knock it out of the park, and then announce to everyone he’s going to go play Gain Ground in his trailer until he’s needed again. He’s just a force of nature. You just don’t see guys like that anymore.”

Many fans were shocked to find out Pitt was thinking of cutting his career short to play old SEGA games.

“Wow, a guy like Brad Pitt could do anything he wanted to do, but he just wants to play old SEGA games?” asked Laura Woods, a longtime fan of Pitt’s. “Not what I would’ve guessed, but I get it. He’s famous, sure, but he’s had as stressful a life as anyone else. Would probably feel good to stop worrying about how his latest movie is performing and just get into the old Phantasy Star games or something. Honestly, good for him.”

As of press time, Pitt had publicly hinted that he’d be a lot less likely to retire if there were a “cool part” in Sonic 3 for him.