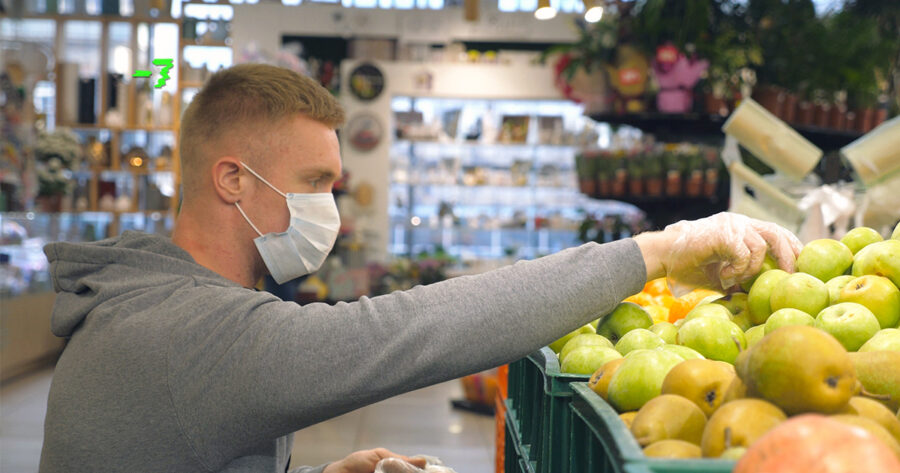 OXFORD, Ohio — In a journey that exposed one of his most glaring character vulnerabilities, local boyfriend Zach McInnes suffered -7 environmental damage per second on his most recent time trial at the grocery store.

McInnes, who has maxed out his Dish-Washing and Trash-Taking abilities at the expense of treating Food Preparation as a dump stat, relayed the debilitating nature of his slog through the Kroger course.

“Once I get in there, I’ve got about 45 seconds to complete the mission before my energy is completely depleted,” explained McInnes, his body still intermittently blinking red to indicate the slow depletion of his health. “I can recover once by loitering around the cereal aisle, but after that, the safety net’s gone — I just gotta move fast.”

The grocery store is just one environment where McInnes faces a built-in disadvantage as a boyfriend type; he also experiences -9 environmental damage per second at department stores, automatically loses all equipped items when entering or leaving an airplane, and is immune to stamina boosts from consuming vegetables.

McInnes’s partner and quest-giver, Robin Kundanmal, lamented his inability to finish the task without incident.

“I truly send him to get the most basic ingredients,” Kundanmal, who rewards McInnes’s successful efforts with continued companionship, vented. “But if there’s more than five things on the list he claims to be ‘over-encumbered’ and takes twice as long to get home. It’s such a cop out.”

At press time, McInnes was enjoying a +5 stamina bonus from hanging out in that one part of Best Buy with the couches and the hyper-photorealistic clips of The Avengers on infinite repeat.