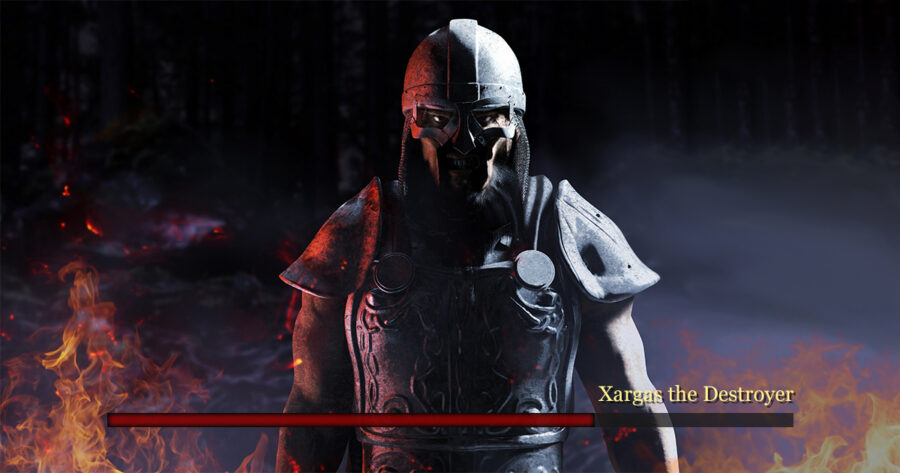 MOUNT DOOMSPIRE — JRPG boss Xargas the Destroyer is unsure how to tell his challenger, the Paladin Alister Fremont, that he actually has two more phases after this one before he’s finally defeated, sources report.

“Aw shucks, Alisters back again. This is, what, the eightieth time he’s spawned here?” said Xargas, reluctantly picking up his warhammer for the fifth time that afternoon after finishing the last few sips of a healing elixir. “He doesn’t even know yet that this thing lights up during my second form once he damages me enough times. It’s a really cool blue flame effect, too. I wonder if he’ll ever be strong enough to see it?”

Xargas says that Fremont has never even come close to breaking past his first health bar, and the only indication that he’s learned anything at all from his efforts thus far is the occasional half-hearted attempt to dodge Xargas’s opening heavy combo.

“I can tell that he’s beginning to understand the fundamentals of when and how I kill him with the warhammer each time,” reported Xargas. “But each time, like clockwork, I work my way up to my classic Super Shockwave and it’s game, set, match. I hope he’ll eventually be able to go two or three rounds without keeling over because it’s definitely starting to get boring for me.”

The Paladin remained undeterred, telling sources he was “just a few more tries” from defeating the boss.

“He must drop some really special loot, because his bar is Orange instead of Blue, so I really can’t give up,” said Fremont, tragically unaware that it was even possible for someone to have more than one health bar. “I think this time I’ll try jump-dodging instead of running. Then, if I can just land a few more hits, certainly that will take me straight to the end credits!”

At press time, Xargas was debating whether or not to break it to Fremont that he has an even stronger identical twin brother waiting towards the top of mount Doomspire.