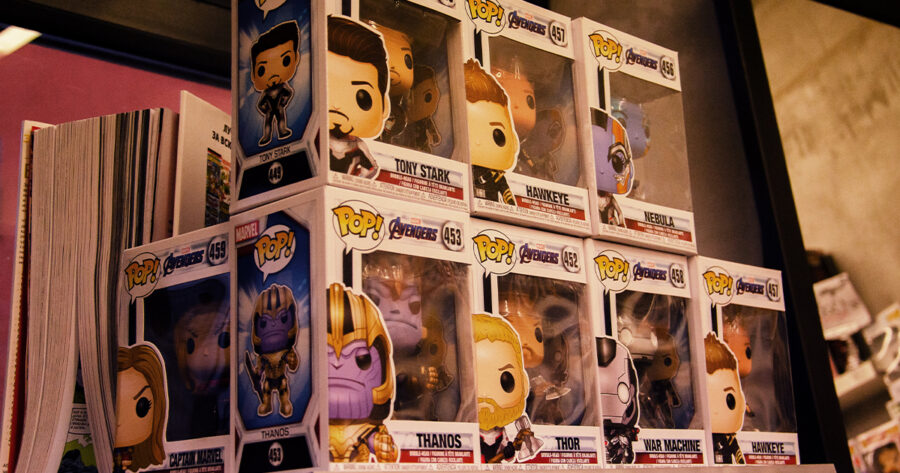 CHICAGO — Wicker Park bookstore Norm’s Books was forced to dedicate a corner of its store to toys, collectibles and other meaningless garbage based on popular brands to make up for a loss in sales last year, groaning sources reported.

“This corner was originally our local authors section,” said Norm’s Books manager Linda Nelson. “But since we lost a large chunk of our sales during the pandemic, it’s now filled with Funko Pops, action figures, Lego sets… basically anything that isn’t a book. It wouldn’t hurt as much if kids were buying this stuff instead of the emotionally stunted dregs that congregate around the Groot plush dolls. We have seen a 35% increase in sales, but is it really worth dedicating a large part of the store to the modern blight that is nostalgic nerd culture?”

While regular customers at Norm’s Books were disappointed to see the new section, they understood that selling childrens’ toys to grown adults is the only way a bookstore can make money now.

“I enjoy coming here to read and relax, but that’s going to be a lot harder now that a dozen plastic Robert Downey Jr.’s will be staring at me the whole time,” said Alex Hann, a regular customer. “But I get it. That’s just how these stores make money now. The Mr. Incredible Funko Pops sold here will persist long after I’m gone. They’ll be bought and traded by nerds for decades until they’re eventually ground down into the microplastics that will eventually contaminate my great grandchildren’s bloodstreams. I hope the nerds are fucking happy”

Some new customers were excited to see the new section, but recognized it was coming from a dire place.

“I’ll admit that I like to collect nerd merch here and there, but the whole section of the store was weirdly antagonistic,” said Tim Collins, a first-time Norm’s Books customer. “Maybe it’s the looks of disgust I get from the employees while perusing the Batman Legos, or the sign above the toy section that read ‘nerd bullshit for babies,’ but something tells me the store owners weren’t too happy about selling pop culture merchandise. I get that you’d rather be selling speculative fiction novellas, but at least I’m not loitering.”