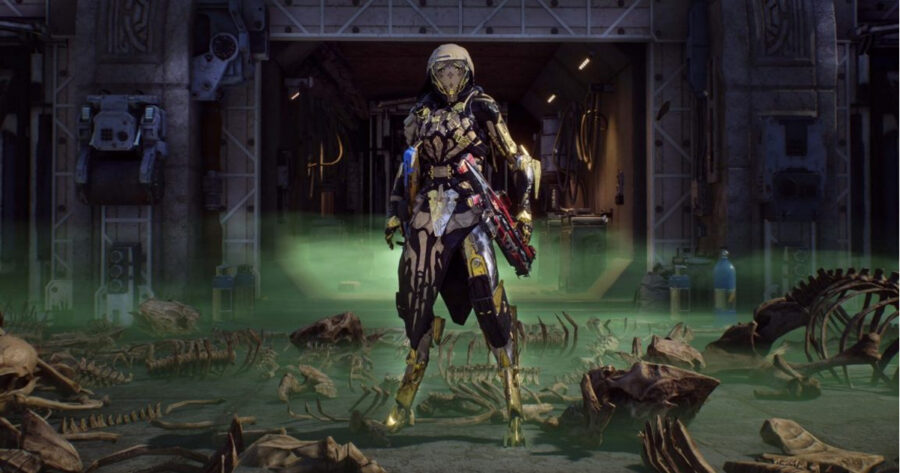 EDMONTON, Canada — BioWare teased an exciting Halloween event for its Anthem player, Kenny Simons, in a press release sent out to reporters.

“We’re thrilled to announce Anthem’s seasonal event for Halloween 2019, which we’re calling Season of Skulls,” said a BioWare spokesperson. “Things are about to get a bit spooky in the nation of Bastion, and we can’t wait for our dedicated player to see what’s in store.”

While the developer was light on details, they hinted at a cataclysmic event, the sort Simons has come to relish during his solo sessions in the shared Anthem world.

“Whether Kenny is wandering through Fort Tarsis or flying through the dangerous wilds of Bastion, he’s used to having NPCs with whom he can speak and form relationships,” read a press release from BioWare. “However, during the Season of Skulls event, Kenny may be surprised to see many of his NPCs have disappeared, leaving behind silent, ghostly apparitions. Only he will be able to figure out what happened to his beloved Freelancer friends.”

Over email, Simons expressed anticipation about what BioWare was planning for the Halloween event.

“The fine developers at BioWare have created such a massive open world for me to explore, and I’m continually amazed at how they surprise me with new updates and enemies,” he said. “I can’t wait to see how the Anthem experience changes when there are less people and creatures that I can talk to.”

“They’re doing what?” Howard said. “Fuck. Guys, we need a Halloween event for Ron and we need it yesterday.”