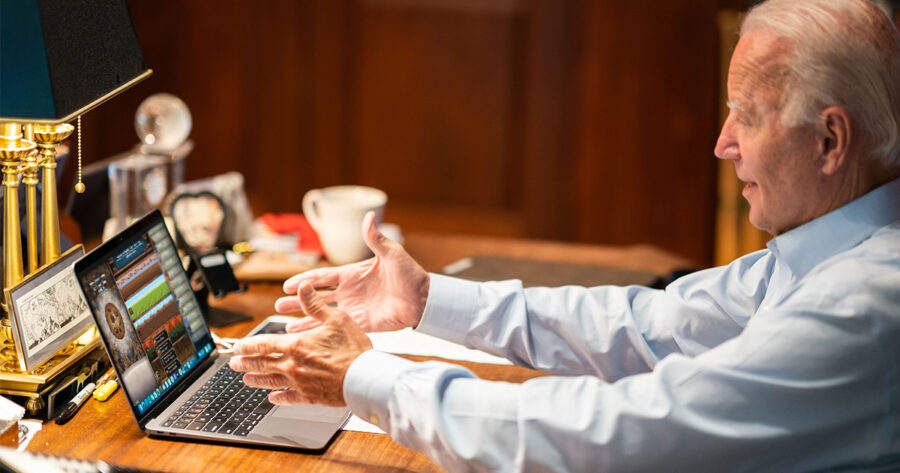 “Oh god damn it, it’s dark out again,” said the 46th President of the United States upon realizing another day had gotten away from him. “This son of a bitch here is so hard to stop playing. I don’t like video games, no sir, but this cookie deal here, this is something else. This is the real deal right here. I’ve been making some tough decisions, like whether to create more grandmas, or hire some farmers to grow cookies.”

Criticisms of the president were quickly dismissed by his press secretary

“The President is free to spend what little free time he has however he wishes,” said Karine Jean-Pierre at a press conference earlier today. “Obama made his basketball brackets, and Trump sucked down diet cokes and posted all day, why can’t President Biden play a popular video game? I assure you that reports of us pleading with him to stop being ignored have been fabricated by certain media outlets. He’s fine.”

Gamers were sympathetic with the leader of the free world, to a point.

“I tried Cookie Clicker as a goof, and honestly it’s pretty fun,” said Mike Nemeth, a local gamer. “It’s really well designed. It’s just pure gaming, distilled into the good stuff. There’s really no shame in getting sucked into it if that’s your thing. That said, Biden promised he was going to address student debt and COVID-19, not sit around playing a goddamn idle game all day. Someone get him off of Cookie Clicker, please.”

As of press time, Biden had revealed a plan to save up enough cookies to get the production of factories all over America to double instantly.