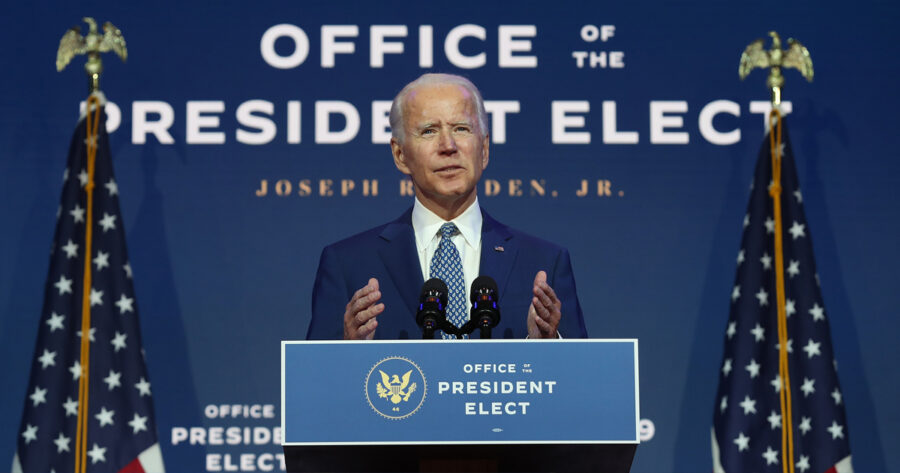 WASHINGTON, D.C. — Responding to criticism over his planned $1,400 stimulus check, President-elect Joe Biden clarified that a full $2,000 version would be coming to PS5 and Xbox Series X/S consoles “sometime in late 2021.”

“There seems to be some confusion, so let’s clear up one thing right off the bat: $1,400 is all you’re getting if you have a dusty old console. Weird that you would expect anything different,” wrote Biden in an official Reddit post on the topic. “If you have a PS4 and expected to get the full $2,000 you were promised, honestly that’s on you.”

When asked when next-gen console owners could expect their full $2,000 stimulus check, Biden was hesitant to set a firm date.

“Initially, you’re going to get the same $1,400 as the last-gens. That should cover your living expenses, healthcare costs, and education for about a year. We’re thinking probably late 2021 for the rest,” Biden confirmed. “Of course, you’ll need to prove you own a PS5 or a new Xbox. Just fill out a 19182-C Addendum B2 form and file it in person at your local tax office. Then wait 8-12 weeks to hear about next steps.”

In the thread below the Reddit announcement, several PC players confirmed they had already received their checks, many of them higher than $2,000.

“Y’all need to stop complaining and get a PC. I got a $20,000 stimulus check this week and it’s sick. Used the money to buy a sweet new car,” said PC user ArrTeeXBandit03. “I would upload a video to prove it, but I’m just like, super busy right now. Maybe later.”

In response to further criticism, Biden promised that he would do his best to port any cool stuff he did in the Obama era to the current-gen administration.