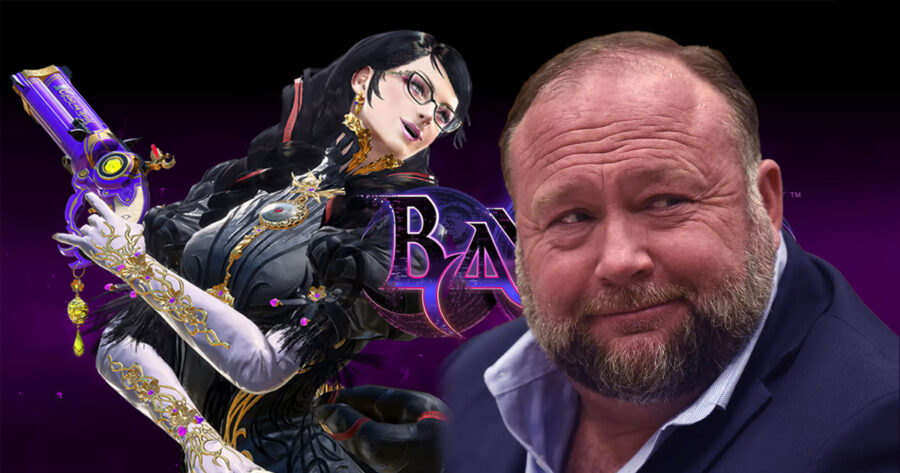 WATERBURY, Conn. — Alex Jones, controversial broadcaster and recent loser of a nearly billion dollar defamation lawsuit has entered himself into the continuing Bayonetta 3 story by offering to voice the iconic character for a fee of whatever they would be able to scrape together for him.

“Good afternoon folks, Alex Jones here, Infowars dot com,” he said in a recent video emailed to Bayonetta developer PlatinumGames. “As you may have read, an amphibious cabal of globalists has recently demanded that I fork over nearly 11 figures to the families of the school shooting victims I’ve made a living off of harassing. As you can imagine, I’m hard up for cash and selling Brain Force Plus pills isn’t going to be enough to cover the tab I’ve picked up. I’m willing to voice Bayonetta for whatever you’ll give me. Let’s talk. Info wars dot com.”

The offer comes after Hellena Taylor, the voice actor that portrayed the titular Bayonetta character in the first two installments of the franchise, alleged this week that she’d been offered just $4,000 to return to the role for the third, an accusation the game’s developer has denied.

“We were saddened by our inability to come to terms with Hellena Taylor,”said Atsushi Inaba, President and CEO of PlatinumGames. “However, we stand by our statement that we offered to pay her fairly for several recording sessions and that the final pay day would have amounted to much more than four grand. I understand why she was so upset when she saw we’d decided to cast Jennifer Hale instead, and I’m sorry it’s played out in this manner.”

“That being said,” he added. “Some last minute changes occurred and we’ve actually just come to terms with Alex Jones to give him 35 bucks for one to three sessions of voice work. So we’re going to go with him. Sorry again about all of this mess.”

As of press time, Hellena Taylor, Jennifer Hale, and all major social media platforms were urging gamers to boycott Bayonetta 3.