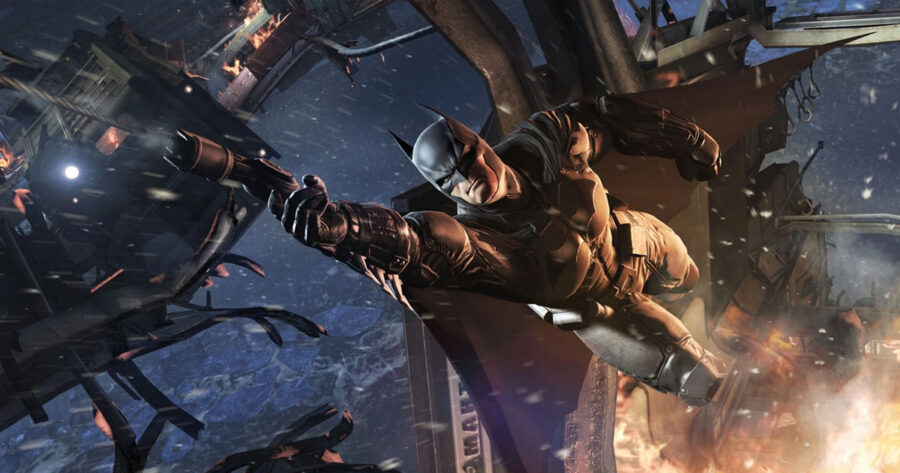 GOTHAM CITY — The Caped Crusader, long Gotham’s bastion of hope and honor, who bravely kept the streets safe for decades, died last night after he tried to swing around a flagpole a couple of extra times with his grappling hook.

“This is a dark, dark day for Gotham City,” said Commissioner Gordon, who’s unofficial alliance with The World’s Greatest Detective drew much scrutiny during the crime fighter’s reign. “Whatever you think about his methods, about his ideology, I think we can all agree it would’ve been better if the Joker killed him or something, or if he died saving a bus full of people or something. Not fucking around with a grappling hook.”

The unnecessary flourish occurred late last night, as Batman was in pursuit of two petty jewel thieves who had broken into a jewelry store after hours.

“The whole job was a bust,” said one of the criminals shortly after. “After we had disabled the security system, Catwoman shows up and steals the diamonds before we could! Then the Bats showed up and chased all of us out of there. I think he was trying to show off for Catwoman, because he was keeping up with us just fine, but then suddenly he was trying some Spider-Man shit and he got all tangled in some power lines. I’m not sure if he choked or got electrocuted, but it was a fucking mess. The whole city lost power.”

“Gee whillakers, guys,” said The Boy Wonder. “I always asked him if he thought screwing around with that grappling hook was the best idea, and he would laugh and say something condescending about how a bat knows what’s best or something? I don’t know, but now that Batman is dead I’m sure going to have my hands full dealing with the criminals of this city. One at a time please, fellas!”

As of press time, the city was voting on whether they should take Batman’s mask off at his funeral.