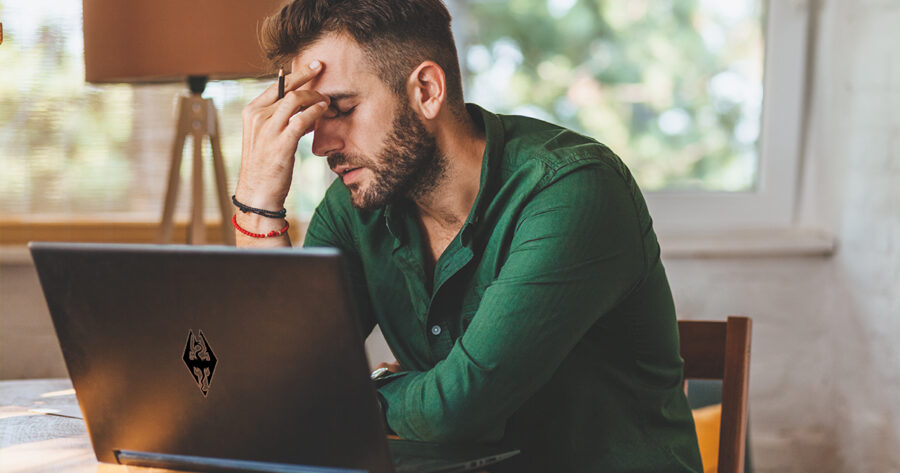 LAKE FOREST, Ill. — Prospective game writer Evan Richards quit halfway through a job application to an independent game studio this morning, complaining it had “a bunch of typing.”

“I figured I could just tell them my idea to mix Spider-Man with Doom, but they wanted me to type a whole paragraph about why I want to write games, and if that’s not enough, they asked for two writing samples.” said Richards, typing ‘game writer job’ into Google again. “What am I, Hemingway?”

Richards also complained that, in addition to being too long, the application asked “really dumb questions” with no bearing on writing video games.

“They wanted me to list three of my favorite games and what I liked about the writing. What kind of question is that?” said Richards, who hasn’t liked the writing in a video game since the first Assassin’s Creed. “I have a whole essay about how The Last of Us 2 sucked, but there’s nowhere to paste it.”

Friends and family were unsurprised to learn Richards didn’t finish the application.

“This is like that time he was going to be an airline pilot,” said longtime friend Sofia Mills. “He sent an email to Delta, and when they didn’t answer after two weeks, he said ‘planes are dumb anyway’ and switched to wanting to be a park ranger. I don’t think he’s ever been camping.”

At press time, Richards had decided writing games was for suckers, and began to pursue a career reviewing video games for his blog.