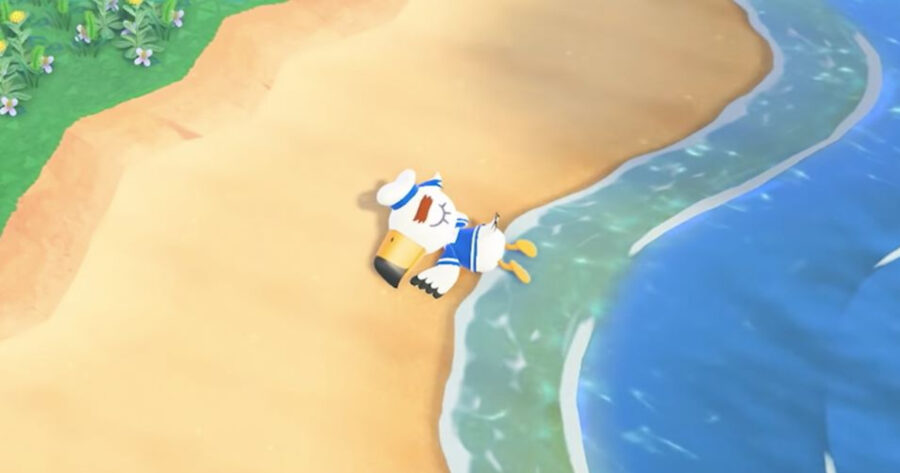 When the seafaring gull was spotted unconscious on the beach, everything seemed relatively normal until a Nintendo quality assurance tester Kate Pollamano went to investigate and heard a deep, heavy cough come from his beak.

“When I heard that cough, I immediately feared the worst,” Pollamano said. “With all the precautions people are taking during the outbreak right now, I assumed this would have an impact on the launch of New Horizons if Gulliver had the virus. Maybe we can eventually release a limited version of the game where you build a house and aren’t allowed to leave it, but we definitely have to postpone the full game until then.”

Pollamano’s fears proved true as Gulliver tested positive for COVID-19. Nintendo acted quickly, quarantining Gulliver in a nearby tent and leaving necessary supplies like cherries and coconuts for him to eat during his recovery.

Out of caution, Nintendo ordered all island residents to shelter-in-place on the island, recommending that they stay inside except for when they need to eat or check out the furniture selections at Nook’s Cranny. As residents scrambled to stock up in order to avoid leaving their homes, sources say that Nook’s Cranny’s daily stock of four items sold out instantly after the arrival of the first customer.

“I just bought everything that was in there,” islander Camofrog said. “I don’t know when it will be safe to come out again and you never know, maybe I’ll need a coo coo clock, incense burner, coffee pot, and outdoor chair soon, ten-hut!”

To prevent further spread of the coronavirus, Nintendo decided that it would be best to hold off on the launch of Animal Crossing: New Horizons for at least two weeks as Gulliver recovers and the island returns to normal operation.

“We are always thinking about the safety of our fans first and foremost, so we have decided to delay the release of Animal Crossing: New Horizons until we feel it is safe to play,” a Nintendo spokesperson said in a statement. “We also want to limit the spread of the disease on the island and ensure that older residents like Tom Nook do not fall ill.”

As of press time, officials still do not know the origin of COVID-19 but think it may have something to do with someone eating a pangolin resident.