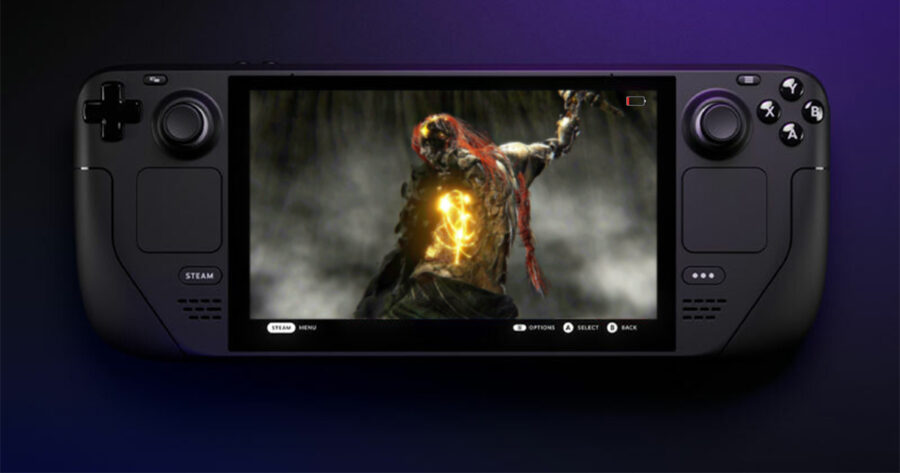 LONDON — The speedrunning community has cleared the latest hurdle in the RPG phenomenon Elden Ring: a player has somehow finished the game on a Steam Deck before its battery died.

“Wow, talk about things we assumed were impossible,” said Alan Maltin, who follows the young Elden Ring speedrunning scene very closely. “You figure people are going to find shortcuts and zip glitches and all of that stuff to get some pretty incredible times, but I didn’t realize players would figure this out so quickly. It’s the four minute mile of gaming.”

The run began when new world champion Lloyd Stack unplugged his Steam Deck and started the campaign, which lasted just 93 minutes, and saw him narrowly beat the game just before the handheld system’s battery was fully depleted.

“That was closer than I would’ve liked,” said Stack, the new ‘Elden Ring Any% Unplugged Steam Deck’ record holder. “But I knew I had a good chance when I was fighting Sir Gideon Ofnir and my low battery warning hadn’t come on yet. That’s when I knew I had a shot at actually pulling it off!”

Valve said that they knew the Steam Deck would prove popular with masochistic gamers.

“We really thought the Steam Deck would be popular with the modding and speedrunning communities, and this just proves it,” says Gabe Newell, President of Valve. “In hindsight, our promise of gaming on the go maybe should’ve involved the caveat that you’re not doing that much going, or that much gaming.  But gamers are smart — they not only figured it out, they incorporated this thing’s shortcomings into its newest and most appealing challenge. Works for us!”

As of press time, Stack indicated that he would next set his sights on watching a single cutscene from Metal Gear Solid 4 before his Steam Deck died.