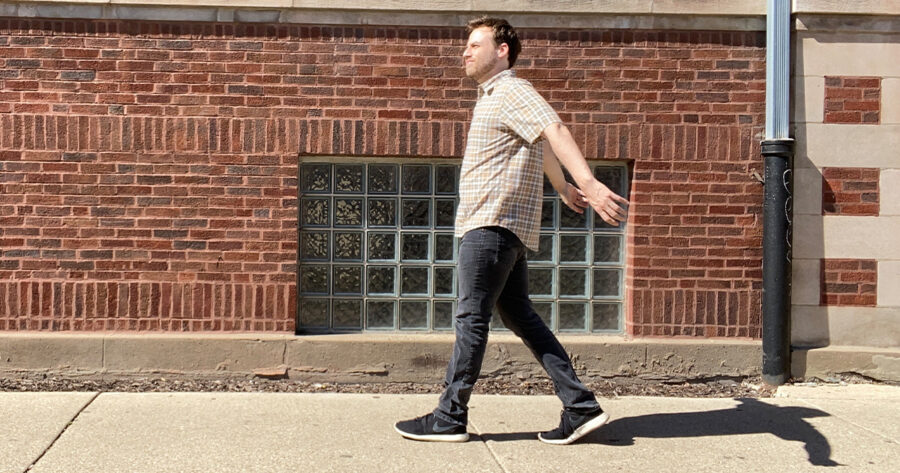 TULSA, Okla. — Between juggling his career and children, running a manga club, and attending PTA meetings, local resident Heath Báthory finds it difficult to have the energy to go for a Naruto run like he used to.

“After coming home from work, making dinner, feeding the kids, and responding to work emails, I just don’t have the energy anymore,” said Báthory, 37, between sips of Ramune from a tea mug. “Nowadays, all I have left in me is the occasional Naruto power walk.”

The main thing keeping him up to speed is his dog, Naruto Sasuke, a Shiba Inu.

“With ‘Ruto, every walk is a Naruto walk,” Báthory said multiple times during the interview, snickering each time. “I haven’t had to do any running since she was a pup and would yank the leash and air-dash around the hidden leaf village of Chandler Park.”

Báthory continued on about what drained him in day-to-day life.

“The in-laws are visiting this week, and I just don’t have the jutsu to keep up with my mother-in-law’s passive-aggressive bullshit,” Báthory said, before solemnly bowing his head. “I have to admit though, she is truly one of the great masters.”

The interview concluded when Báthory leapt up, threw his arms behind his back, and politely excused himself, saying he needed to “pick up the kids from Airbenders Gym.”