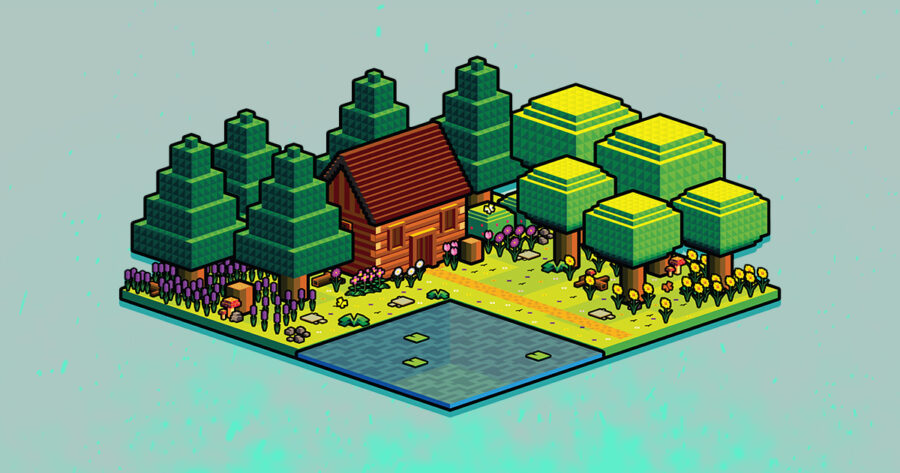 SEATTLE — Little Wooden Valley, an independent video game about a couple building a cabin on a lake, has seemingly inspired the most toxic community on the internet.

“These people say they love our little slice of life simulator,” said Allison Frasier, one half of the husband-and-wife duo that made Little Wooden Valley. “And we’ve been so grateful for the enthusiastic reaction to our little game. But then when we announced a slight change to some of the prices you can sell fish for in town, we were doxxed, swatted, and had a brick thrown through our window. So you know, we kept the fishing stuff the same after that.”

This is just the most recent such incident of a whimsical game’s fandom proving surprisingly noxious, after Return to Monkey Island developer Ron Gilbert swore off communicating with the public at large following unpleasant interactions with fans after the upcoming game debuted its latest trailer.

“Yeah, dude got one look at the modern gaming landscape and saw what he needed to see,” said Conrad Bess, a Monkey Island fan that didn’t feel compelled to harass the creator of the series recently. “It breaks my heart, but I completely understand it. Still not as bad as these fucking maniacs that play Little Wooden Valley, though. I don’t know what happened there.”

The makers of Little Wooden Valley have held firm that they would do their best to listen to all members of the community, even if some messages are more intense than others.

“We want everyone to enjoy our game, really we do,” said Brad Frasier, Allison’s husband and the co-developer of Little Wooden Valley. “So when people tell us what they’d like to see, we do our best to listen. It’s just that, sometimes the requests are coming via unhinged emails to our personal accounts or scrawled in burning letters in my parent’s backyard. Maybe just leave us some feedback on Steam or something? That would be preferred. Let’s just all chill out, okay?”

As of press time, Little Wooden Valley had been review bombed on Steam when someone noticed a rainbow in the game if you know where to look for it.