Account Shitting on Sonic Movie Clearly Mario on a Burner 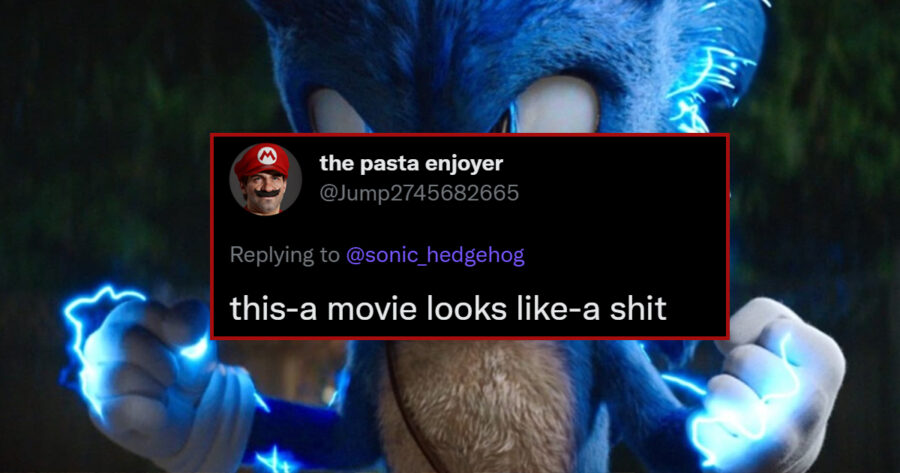 TOKYO — While still not confirmed officially, a Twitter account that’s been leaving cynical and confrontational replies on posts regarding the upcoming Sonic 2 movie is pretty obviously Mario Mario on an anonymous account, numerous reputable sources have alleged.

“this-a movie looks like-a shit,” read a reply to the film’s latest trailer, posted by Jump2745682665, a Twitter user with 8 followers and a profile picture of a man holding a cheep cheep he’d apparently caught. “why don’t-a they make a picture with Mario and sonic at the olympics? That was-a more riveting than these stupid animals chasing each other. also i am a teenager in Massachusetts-a.”

While seemingly innocuous, the post was merely the latest in a series that many have posited quite obviously point to a bitter Mr. Mario, either angry about being left out of the Sonic films, trying to promote his upcoming film of his own, or some combination of both.

“It’s pretty funny actually, if you can get over how sad it is,” said Andre Parker, a Twitter user that was one of the first to point out the profile’s likely owner. “The account was started a few days ago, and all it does is talk shit about Sonic and retweet posts about wrenches and sinks and stuff. I thought it was someone doing a really funny bit until he posted that blurry selfie that he clearly took by mistake and deleted it a minute later in response to Idris Elba asking who was excited about the upcoming movie. I’m not sure anyone is that funny, frankly.”

Following the widespread allegations, the account firmly denied any association with Mario Mario, Nintendo’s flagship star since the mid ’80s.

“just because i know that-a the Mario movie will do BIG-A NUMBERS and make many coins at the box office party, doesn’t-a mean that the Sonic movie isn’t derivative-a bullshit… btw jim carey [sic] asked to play LUIGI and they said NO,” read the latest tweet from the account.

As of press time, the Jump2745682665 profile had retweeted the trailer for 1993’s Super Mario Bros. movie with several goat emojis.