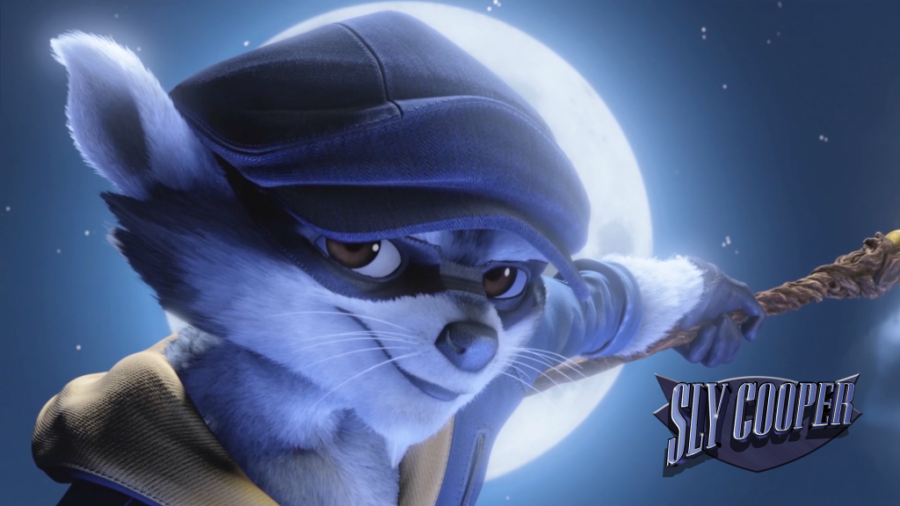 There are video game characters out there that are just downright hot. Noctis from Final Fantasy XV? Hot. Bayonetta from Bayonetta? Hot! There are plenty of characters that we can all agree are very attractive, and of course Sly Cooper is absolutely one of them.

I mean, it’s not just my opinion. It can’t be. Sucker Punch Productions’ thieving mascot clearly checks off every box on, like, being handsome. I know he’s a raccoon and all, but with everything he’s got going for him looks-wise, you’d be the weird one if you didn’t think he was a 10. Everyone (and not just me) is definitely in agreement that Sly Cooper is hot, and here are five moments from throughout the franchise’s history that prove how universally gorgeous he is.

5. The Way He Walks Around with No Pants

This one should be pretty obvious to anyone with a normal libido. Sly Cooper lives in a world of anthropomorphic animals who mostly wear pants, and he has the bravado to go out with his toned, muscular legs on display. That amount of confidence would make anyone a playboy, and Sly is no exception.

Sure, Murray rocks the pantless look too, but Sly wears it with a finesse that makes him that much more charming…y’know, generally speaking.

4. Whenever He Wears a Tuxedo

Who doesn’t look hot in a well-pressed tuxedo? Sly sports this ‘fit in Band of Thieves and Thieves in Time, and it looks great on him. His Thieves in Time design especially really does something for me — and every single other person on Earth — in a sexual way. He’s got those sharp features, that styled hair, and those confident steely eyes that make my heart melt whenever he looks at me. Whenever he looks at the audience, I mean.

PlayStation All-Stars Battle Royale isn’t a great game, but the way Sly carries himself with dignity and poise here deserves some praise. Aside from his technical moveset, Sly faces against opponents like the supposedly hot treasure-hunting protagonist of Uncharted, Nathan Drake, using his silver tongue to sling some witty quips that prove that he can hold his own when he’s in a bind. Speaking of which, I wish he would put me in a bind! Metaphorically, I mean. This is something we all want.

2. When He Handcuffs Carmelita to a Pole and Ditches That Hussy in a Volcano

The first game ends with Sly kissing Inspector Carmelita Fox, only to handcuff her to a railing on a sinking fortress so that he could make his getaway. This was easily one of Sly’s greatest moments (minus having to watch him kiss someone else, I mean — was that really necessary?)

Carmelita is probably the weakest character in the series and definitely doesn’t deserve Sly. Where does she get off trying to arrest him all the time just to end up becoming his lover by the end of Honor among Thieves? That’s not very professional for a police inspector.

Sly doesn’t need her. He just needs to find a nice game journalist who’ll appreciate him for who he is.

1. Whenever His Bushy Tail Curls Around

His tail swishes around a lot in these games. Like, a lot. It just looks so soft and puffy. Don’t you just wanna cuddle up with it on a cold night, having it sandwiched between you and Sly like a fuzzy pillow while he lovingly looks at you with that steely gaze? That’s, like, a normal feeling. There’s no way I’m the only one who thought of this. In fact, it’s impossible. Absolutely every single person feels this.

Well, there you have it! I think we can all safely conclude that Sly Cooper is very, very hot. It’s definitely not just a furry thing. And anyone who thinks he’s hot definitely shouldn’t worry whether it’s a furry thing.