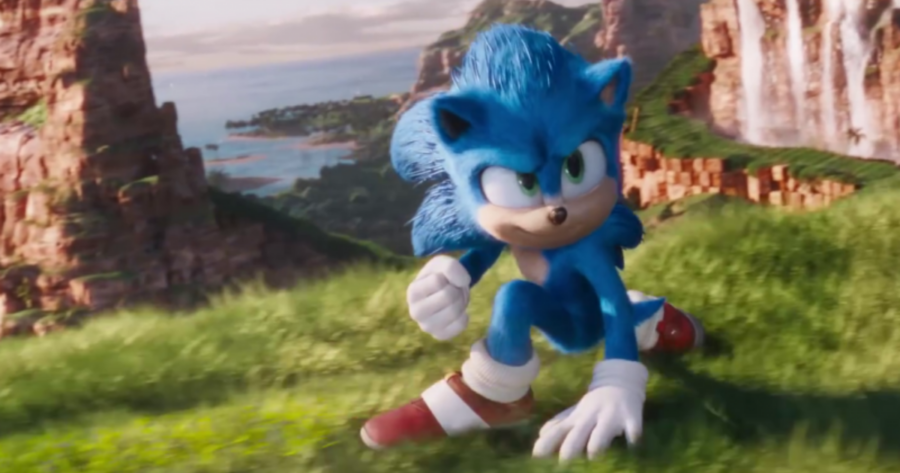 After months of anticipation, the new trailer for the Sonic the Hedgehog movie is here, and it doesn’t disappoint. Long time fans of the series will be elated to know that the clip is laced with wonderful easter eggs and we’re going to list them for you right now to divert your attention away from the fact that every employee of the studio that worked around the clock to make the redesign happen has been laid off.

In the opening of the trailer, it looks like Sonic is not only hailing from this gorgeous recreation of a classic level from the games, but also that the plot takes place in a small town titled “Green Hill.” Props to everybody that worked to make this nod to the fanbase, and we hope that your Christmas isn’t ruined too much by being out of a job because of the execs that considered you disposable!

A staple of the 2D Sonic games, if you tiptoe up to an edge the titular character will teeter as if about to fall. This shows up almost 1:1 in the background of the hotel room shot, it’s easy to miss but it’s there! This may also be an allegory for the livelihoods of the animators working 17+ hour days on the shot!

A brief clip of the trailer depicts the Blue Blur comically using two pairs of nunchucks, but what we’re focusing on here is his headband, which cleverly depicts the iconic logo of the original game on the Genesis. In true hilarious Sonic fashion, he ends up whacking himself in the face with the chain weapons, much as the parent companies whacked a potential 800 jobs from the Vancouver-based studio Moving Picture Company after their painstaking work on this movie!

Okay, we’ll admit this one might be a stretch, but there’s maybe two seconds of this trailer that shows our hero sliding across the pavement on some sort of metal object, and that really reminds us of City Escape from Sonic Adventure 2! On a side note, the best we can offer to the many employees affected by the mass disintegration of a talented animation studio are to “keep holding on” and also to “follow your rainbow.”

Just after narrowly destroying one of the dastardly Dr. Robotnik’s mechanized vehicles of destruction, a cheerey Sonic breaks into an enthusiastic dance not unlike those that he would do at the end of a level in many of the 3D installments in the series! This is very fun, and also upsetting when we think that the executives overseeing the Sonic movie could potentially be doing a similar dance as they count all of their yearly earnings and bonuses on the heels of obliterating economic stability for nearly one thousand passionate artists that helped bring this product to life.

Did you spot any other cool details in the new trailer that we missed? Are you excited for the movie after this stunning redesign? Are you still okay with giving money to the corporate machine that is completely content with grinding human lives under their boot to squeeze out every last drop of profit and good PR? Let us know in the comments!