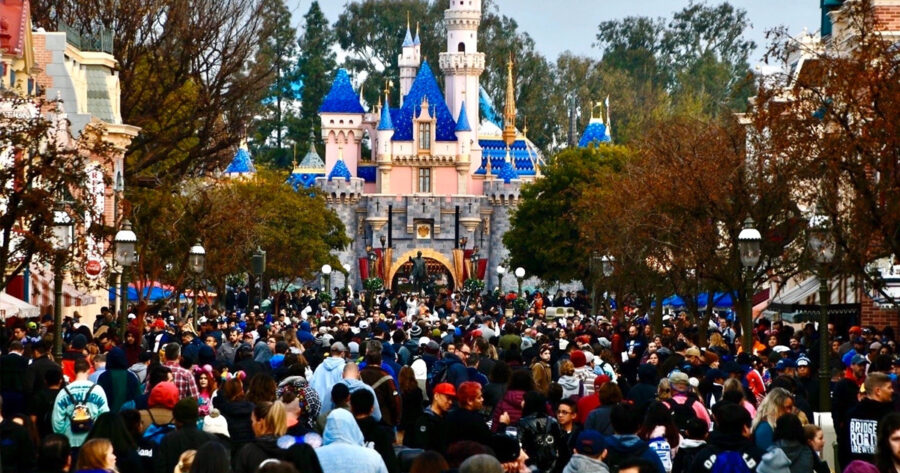 ANAHEIM, Calif. — A man born in 1983 was reportedly overheard bemoaning the abundance of children in attendance during his recent trip to Disneyland.

“What is this, fucking ‘Bring Your Kids to the Park Day?’” said Keith Sloan, who came to see the park’s newest Star Wars and Marvel exhibits, among others. “I should have guessed it, you work and save so that you can book a flight and come see the things that shaped your life, and there’s god damned children everywhere you look. And it’s not like I’m doing the kiddie shit like Winnie the Pooh and all that, either. This was happening at Toy Story Midway Mania!”

Many in attendance lamented the uptick of park goers like Sloan in recent years.

“I’m not sure why he thought there wouldn’t be kids here,” said Serena Osborn, who was visiting the park with her husband and three children. “This place has been synonymous with family vacations for decades, and suddenly this guy is going to throw a fit and claim it as his own? Frankly, as a longtime Disney Momma, that kinda pisses me off. Let me take my kids to see the Spider-Man show in peace, please.”

Disney representatives stated that they envisioned everyone having a place at their amusement parks, regardless of their age or amount of members in their party.

“We aim to make our parks accessible and fun for anyone that wants to see them,” said Marvin Young, a spokesperson for Disney. “Be it the family of five who have grown up watching our animated classics, or the hostile fans of science fiction properties that fly solo and feel compelled to register their anger with strangers in their vicinity. Disney parks are truly a place for one and all, and will continue to be as long as we slowly absorb all of the popular IPs in the world.”

As of press time, Sloan was overheard complaining about how fucking expensive the dumb ass Mickey Mouse ears he bought were.