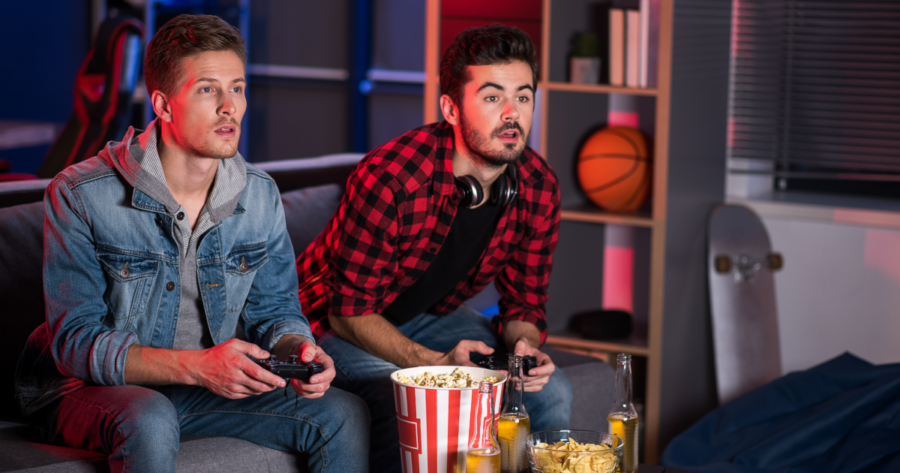 “We were having some beers and I thought it’d be fun to show Donny my SNES Classic,” said Don’s older brother, Mark. “He got all excited and asked if we could play Donkey Kong Country, so I booted it up and gave him an unplugged controller as a goof, you know, for old time’s sake. The man didn’t even notice he wasn’t playing! He really thought he was controlling Diddy and just running right behind me. He should know better, right? The guy’s 34. Has kids. I’m kind of worried about him now.”

When asked about the night in question, Don confirmed his older brother’s suspicions and revealed that he thought he was in control of several different characters in the game, despite attempting to play it with a wireless Sony Dualshock 4.

“Man, I forgot how fun it was to game with Mark,” he said. “It’s kind of crazy how in sync we are when we play. I’m always jumping right after he does and am never far behind. I think his SNES Classic is kind of weird though…there’s some kind of input lag when I try to jump or move sometimes. I do like that they let player two control the animals Donkey Kong finds in this version though.”

“Yeah, my dad is a really sweet guy, but what a moron,” he said. “He tried to confiscate my phone one time so I just gave him an old iPod Nano I found and he kept it for two weeks. When he gave it back it was all sticky for some reason, too.”

Don reportedly looks forward to playing more games with his big brother in the near future, but hopes that Mark improves so that he doesn’t need to “carry the team so much.”