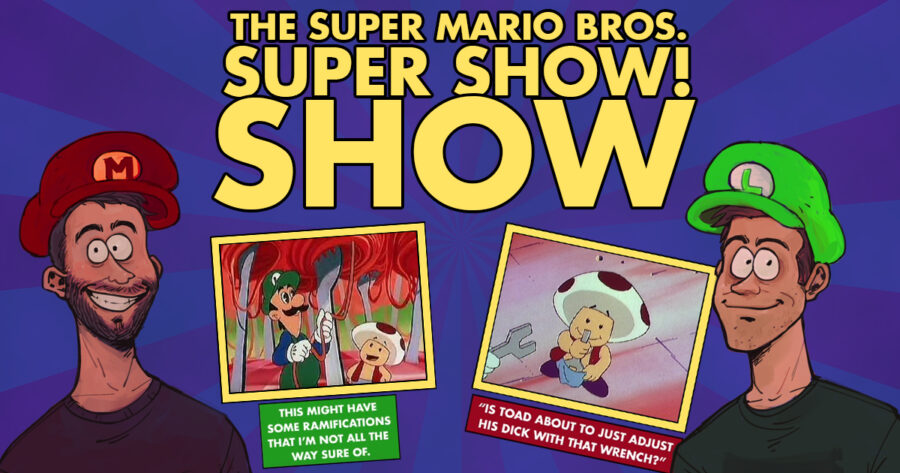 HEY PAISANOS! Two of our editors, Mark Roebuck and Jeremy Kaplowitz, have embarked on an incredibly stupid quest to watch and and discuss every single episode of 1989’s The Super Mario Bros. Super Show! Along they way they’ve been joined by such lovely guests as The Completionist, Mike Drucker, Ashley Oh, the voice actor who played Toad, and more! Here are 13 of the funniest clips from the podcast thus far, each edited by Peter Kemme.

12. Did Toad just shove a wrench down his pants?

10. Is Air Bud a man trapped inside a dog’s body screaming for help?

9. Why does Ganon keep teleporting five feet away?

5. Mark wouldn’t do well in prison

4. Ugly People Day with The Completionist

2. Mario and Luigi make their way to Pasta Land, their Jonestown

1. Mark and Jeremy get red-spouted into only drinking boiling hot water