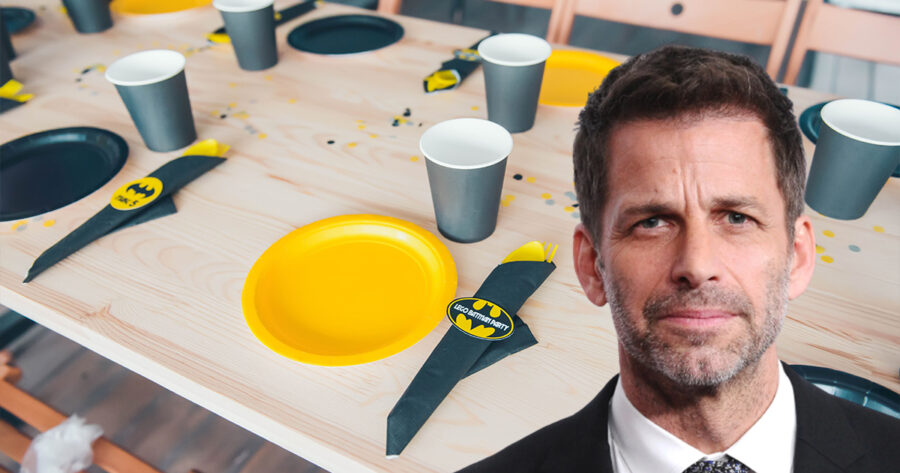 DENVER — A local child is certain his recent underwhelming birthday party would have been a bigger success had filmmaker Zack Snyder been involved, as was originally pitched.

“No doubt about it, this was fine, but it doesn’t really live up my original vision,” said Harrison Bridges, of his recent 11th birthday party thrown by his mother, which featured a vanilla cake and paper plates with Batman on them. “I think if we can somehow get Zack Snyder’s attention and get him involved we can get another crack at this thing and realize its full potential. I know it sounds silly, but didn’t the Justice League cut sound like a pipe dream just a few years ago? This is the only 11th birthday I’ll have, and I want it to be perfect in every way.”

The child’s mother was concerned about the feasibility of something as lofty as a rebooted birthday party with Zack Snyder at the helm.

“My son has been talking about this Snyder cut of his party for a long time now, almost as soon as the actual party started,” said Christine Bridges, Harrison’s mother. “And if I’m being honest, I still don’t fully understand what he’d like for me and everyone else to do. The guy I hired to be Superman did his best, everybody did their best today! Did he have fun? Isn’t that all that matters? I’m worried what catering to his demands might do to his development, frankly.”

Despite the mother’s objections, a groundswell of local support has grown into a full blown online movement, one that has actually garnered the attention of Snyder himself.

“I’m sorry, they want me to do what?” said Snyder, from the set of the upcoming Army of the Dead: Lost Vegas TV show. “That’s a little much. However, I gotta say, I respect the approach. Alright, god damn it, tell the kid I’m coming, I’m bringing my cameras, I’m bringing my ideas, and I’ll fucking CG any of his friends he doesn’t want right the fuck out of there. Whoa, this is gonna be sweet!”

As of press time, Snyder had announced several sequels and prequels to Harrison’s birthday party.