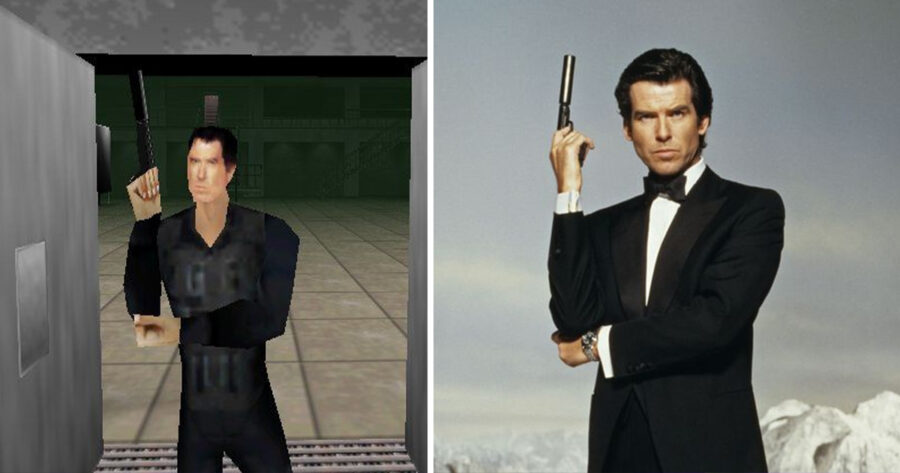 When it comes to film adaptations of video games, the general consensus is that they are all terrible. And yet, there is one video game movie that stands out above the rest — a film that is a love letter to the game that it is based on, while still being a terrific movie in its own right. I am talking, of course, about 1995’s GoldenEye, a movie that stands so high above the rest that most people tend to forget it was even a game in the first place.

What works so well about GoldenEye, however, isn’t the parts that are similar to the game; the writers of the film succeed especially well when recreating some of our favorite scenes and characters for the big screen. Whereas there are some confusing omissions of beloved characters from the original like Oddjob and Jaws, the film more than compensates with its wildly imaginative departure from and expansion upon the source material. Without one instance of first person perspective, GoldenEye still manages to leave the viewer completely immersed. I still remember swatting at my wife in the theatre to stop her from screen looking!

It’s still so mind boggling to me that a big studio like MGM would take such a gamble on a cult hit like GoldenEye. And the actors! It’s almost eerie just how similar Pierce Brosnan looks to James Bond. If I didn’t know any better, I’d say they were made for each other.

The lasting impression that GoldenEye has left on the film industry is truly unmatched. The floodgates were opened for video game narratives on the silver screen. Imagine what the landscape of film would look like today if the LEGO series hadn’t launched beloved properties like Star Wars and Harry Potter.

For those who have not seen the film, worried that it betrays the story and character of the video game that came before it, I implore you to finally give it a watch. GoldenEye represents a triumph for gamers everywhere, much in the same way the superbly innovative Madden series brought the once-fictional sport of football to life.

If you enjoyed this article, please keep an eye out for our upcoming deep dive into how 1989’s The Wizard was responsible for bringing the sci-fi concept of the Nintendo Entertainment System from the big screen to our homes.