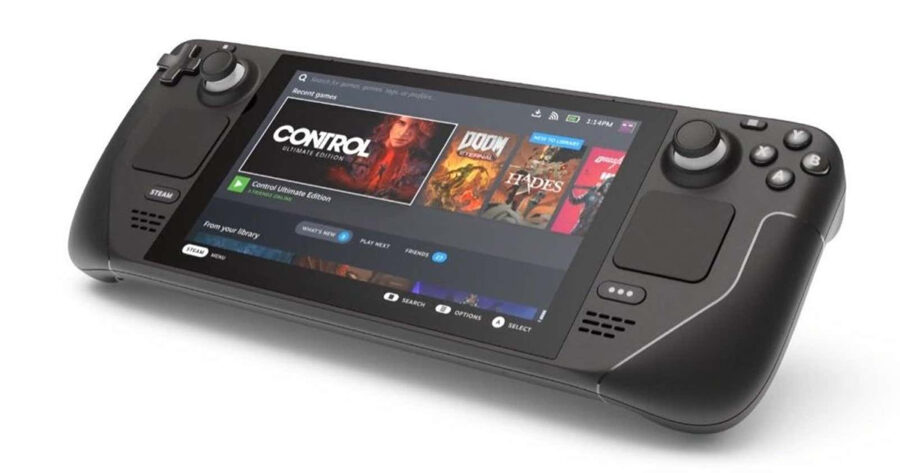 With last month’s announcement of the Steam Deck, one of console gaming’s last objective advantages over PC was obliterated: the ability to make an absolute fucking mess while you try to eat food and play a handheld game at the same time. With that in mind, here are the top five foods we here at Hard Drive can’t wait to get on our Steam Decks!

Spaghetti – For as long as I can remember, to eat dinner while I played something meant finding room for a plate at my desk, a fate as impossible as having a quality first person shooter experience on a fucking Nintendo. Now that gaming on my couch will be an option, spilling the only meal I know how to cook on my system will no longer be a gaming experience that eludes me. The wait is finally over.

Soda – Is the Steam deck able to run MMO’s? I don’t know! Am I going to go to Burger King and order a single soda and try to play on their wi-fi while getting free refills all day? Yes!

Movie theater popcorn – As we return back to movie theaters, I’m reminded how much I hate the commercials and trailers before that play before the film. Sometimes they’re as bad as the movies that play right after them. As such, I will probably be getting a lot of Counter-Strike games in during my next trip to the multiplex. Cannot wait to flex on a bunch of strangers telling me to turn my Switch off during the movie. Guess again, shitheads. I’m smudging my buttery fingers all over a fully portable PC.

Beers –  Look, I’m not looking forward to getting into a fight with my entire immediate family regarding my love and usage of the Steam Deck, but I’m not going to pretend that spending a few weeks calming down in the garage doesn’t sound at least a little fun. It’ll be just like last time, only I won’t have to lug my monitor out there. Fuck yeah.

There you have it. What foods are you looking forward to getting on your Steam Decks? Are any of them easy to make? Let me know in the comments!