🔒 The Top 5 Comments on Hard Drive Articles This Week — Oops! All Donkey Kong 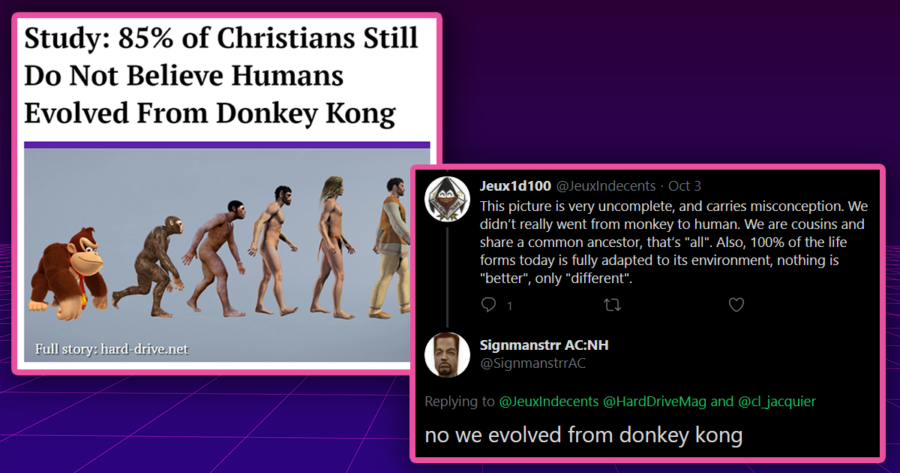 I’ll admit to you, dear readers, that this week was a bit of a crisis for me. Not many people were commenting on our articles, and I was worried that I wouldn’t have any material for the column this week. Then I noticed that all of you had seemingly focused all attention towards one article about Donkey Kong. I should have never doubted you all; you were simply waiting for your muse. I won’t keep you waiting any longer. Let’s take a trip to Donkey Kong Country.

5. Study: 85% of Christians Still Do Not Believe Humans Evolved From Donkey Kong 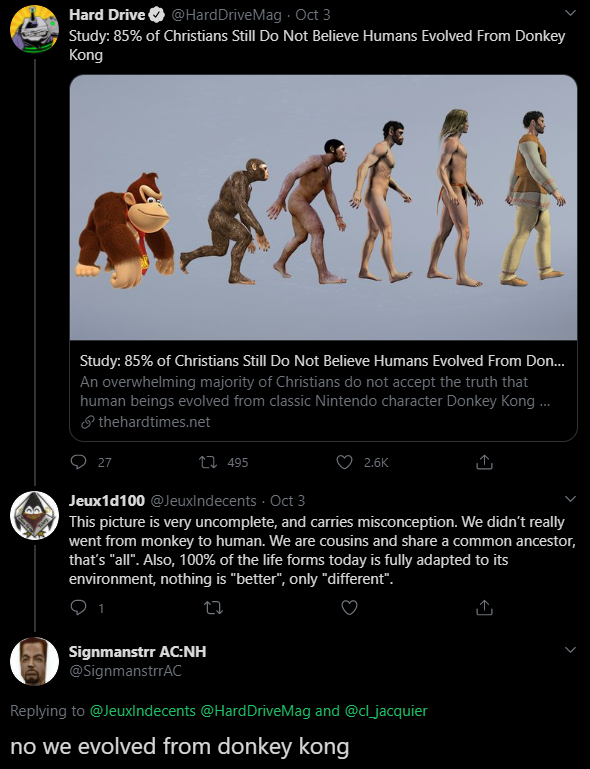 Signmanstrr AC:NH knows the first step of debating: don’t. By giving non-believers a platform, we are validating their position. How else would we be able to play DK Bongos unless we had genetically inherited the ability from Donkey Kong himself?

4. Study: 85% of Christians Still Do Not Believe Humans Evolved From Donkey Kong 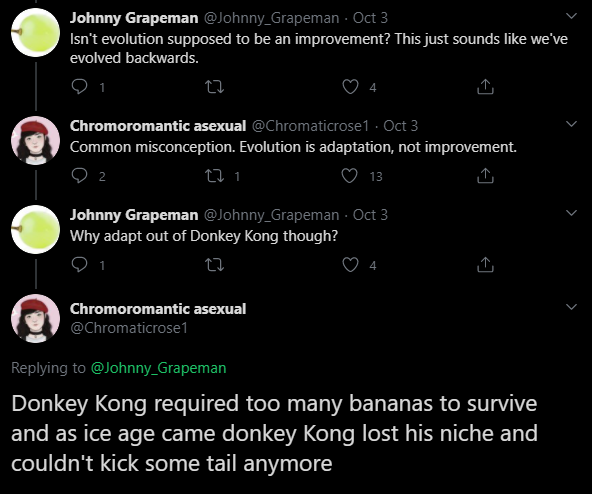 Thankfully, rising global temperatures means more tropical climates for bananas to grow in. Life will go back to how it was meant to be — riding rhinos, shooting out of barrels and living in a cave with our immense banana hordes. I’d trade capitalism for fighting giant crocodiles any day.

3. Study: 85% of Christians Still Do Not Believe Humans Evolved From Donkey Kong 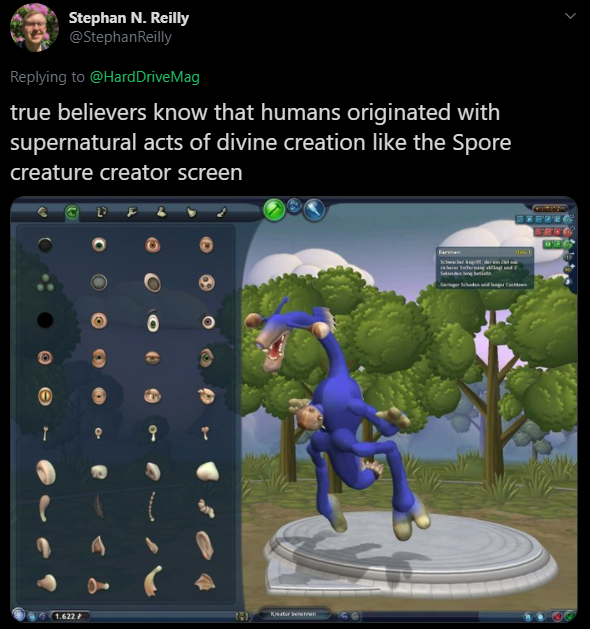 Classic character creationist argument. If this were true, all humans would look like giant penis monsters and would have been given up on by the civilization stage. Not to mention, the universe would have crashed to desktop millions of years ago.

2. Study: 85% of Christians Still Do Not Believe Humans Evolved From Donkey Kong

Creationists will tell you that all those coconuts found near the skeletons of megafauna are planted, but we all know the truth. Anthropologists have been studying this primitive technology for decades. 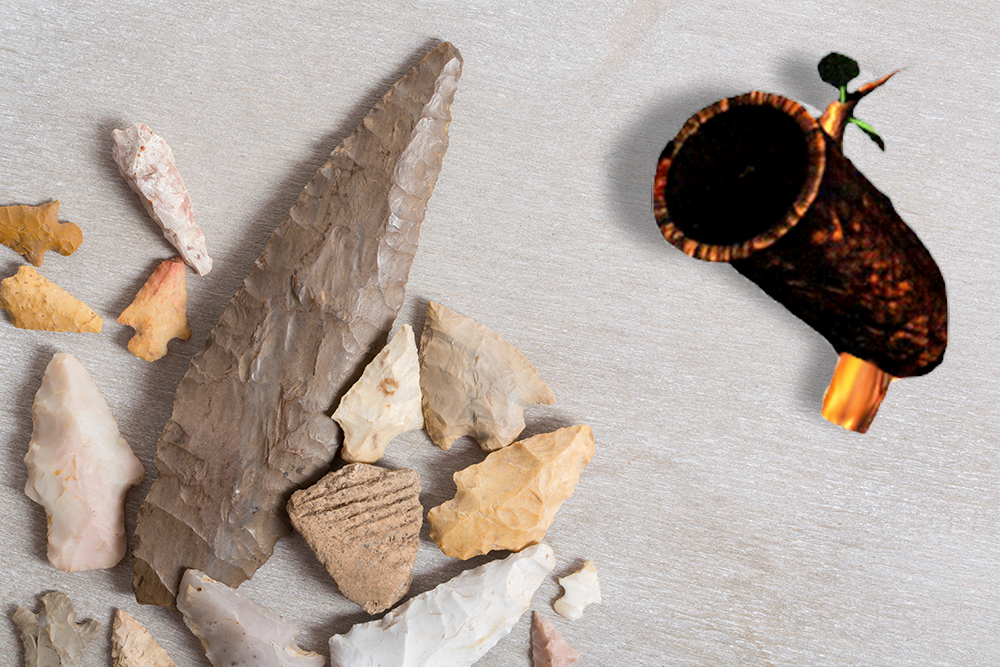 1. Study: 85% of Christians Still Do Not Believe Humans Evolved From Donkey Kong

Finally, your dream has come true
Turns out you’re a member of the D-K crew!
Your smart, and clever, thanks to humanity
But that means you live in a so-ciety!
You can vote, but it does not matter
This Kong has no actual power!
You can’t lift boulders, can’t run up a tree
This Kong doesn’t even use their degree!
Huh!

Thank you to all you wonderful Kongs for your comments! If you want a chance to be featured in next week’s column, be sure to leave a comment on any of our posts across social media. Have a great week everyone!