The Green Knight Review: You Know What, I’m Actually Curious To Hear Your Thoughts First 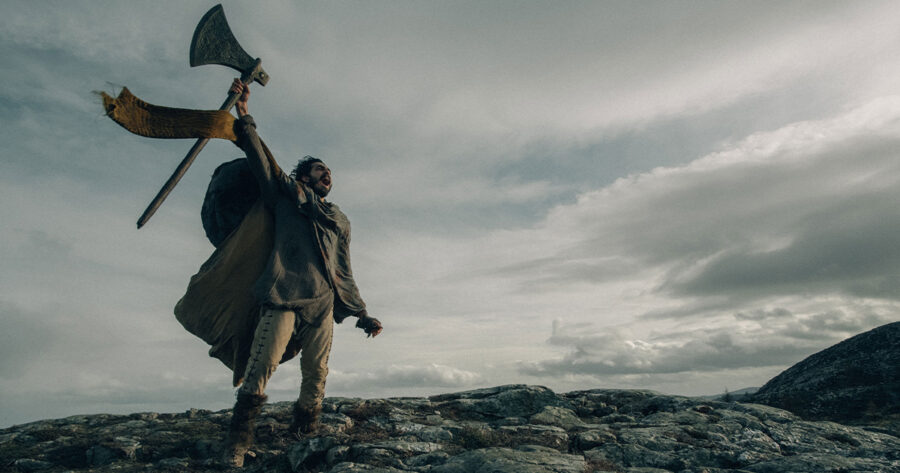 The Green Knight, David Lowery’s new film under the A24 banner adapting the legendary Arthurian tale, is — you know what?  I already know what I thought about the movie, but I’m actually super curious to hear what you thought first. I mean, I think I liked it, but it was weird, right? Like maybe too weird? But in a good way? At least up to a certain point, you know what I mean?

Like, I didn’t miss anything story-wise, right? Like the whole story is that Dev Patel has to go on this journey to meet the green knight to knowingly get his head cut off? Obviously there was a lot more to it than that, but that’s pretty much the gist, right? I mean, like, that’s how you would describe the premise, correct? Am I wrong?

And did you think the title The Green Knight had a double meaning? The movie was pretty artsy so it seemed like it probably had to? Like, maybe Dev Patel was also the green knight being referenced? Or would become so? Or is that, like, too obvious? Because I mean he’s not actually a knight during the movie, but they kind of make it seem like he will be after he goes on this journey and faces the actual green knight. But didn’t you think there was more going on with that scene where Alicia Vikander and Uncle Owen were talking about the different meanings of the color green? Was that, like, the whole point of the story? I think it was. Actually, nevermind, maybe it wasn’t. Would love to hear what you thought about all that and then I’ll tell you what I’m actually thinking.

And then was Alicia Vikander a witch? Did they say that or did I miss it? She was like a peasant or something at the beginning, but then she shows up again later as a fancy Lady and was probably a different character? But, like, he recognized her, right? Like, he was in shock when he saw her? Like if it was supposed to be two completely different people, what was that supposed to mean you think? I mean, I have a pretty good idea, but I’ll let you go first. I feel like you have a lot to say about it.

And what was the deal with the hand job scene? That came out of nowhere, right? I was like “is she doing what I think she’s doing” and the movie was like “yep and here are the receipts.” I mean that was probably important, right? Like he’s on this epic journey in hopes to become this reputable, virtuous knight of the round table and here he is getting tugged on by a married woman who looks like his girlfriend. Or am I totally overthinking it? I think it was pretty funny, unless you think it was serious, in which case, yeah, great call, I agree 100%.

Have you seen any of David Lowery’s other films? Like, you knew this was going to be pretty out there, but did it seem even more so than usual? Or is that just me? Like, A Ghost Story was weird, but, like, you got it, right? Like, you weren’t confused when Rooney Mara ate that whole pie or why Casey Affleck was haunting her. And are we able to talk about Casey Affleck? Like what happened with all that?

And what’d you think of those costumes? Because they were perfect. I mean they were OK, I guess. But what about everything else, though? Just really would love your insight and then I can start telling you a bit about what I’m thinking.