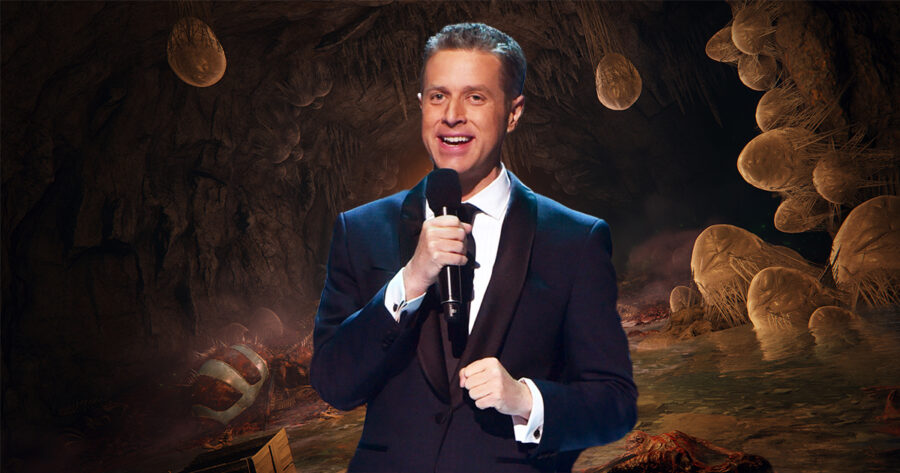 We’re now at the midpoint of the year, which would usually mean it’s time to take stock of all the best games that have come out so far and make some early “game of the year” predictions. But let’s be honest: there’s no need to do that this year. You and I both know that Elden Ring is going to be our GOTY pick, just like every other gaming website. We could try to keep up the mystique so there’s a little tension when you click our inevitable end of year list, but who are we fooling?

That’s almost a shame, because there’ve been plenty of great games that have dropped in the first half of 2022 that have a 0% chance of nabbing a GOTY slot anywhere. Do you think Geoff Keighley is going to hand Gran Turismo 7 a Game Award come December? Fat chance unless Sony drops a DLC that lets you play as Radahn and his little horse.

For the sake of drama, let’s just take a moment to enter an alternate reality where Elden Ring doesn’t exist – a world in which you actually had time to play any other game. In that timeline, these would be the games that would be real GOTY contenders at this point in 2022. 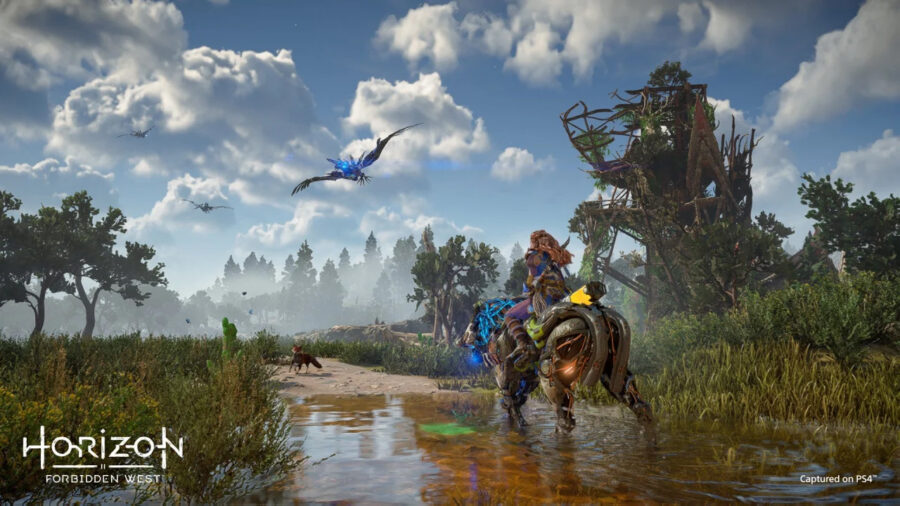 Is there any video game series with worse timing than Sony’s Horizon franchise? When Horizon Zero Dawn launched in 2017, it was a revelatory open world game for one week … until The Legend of Zelda: Breath of the Wild came out and ate its entire lunch. History has repeated itself five years later, as Horizon Forbidden West launched just a week before Elden Ring. I can’t wait to find out what generation defining VR game comes out a week after Horizon Call of the Mountain.

The thing is, Horizon Forbidden West is terrific. It’s a slickly produced open-world game that does everything it sets out to do extremely well. On a technical level, it’s probably a greater achievement than Elden Ring, which feels like three PS3 games in a trenchcoat trying to pretend it is tall enough to get on a rollercoaster. Should we talk about it very seriously come the end of the year? Yes. Would doing so just make our inevitable editor roundtable 20 minutes longer than it needs to be? Also yes. 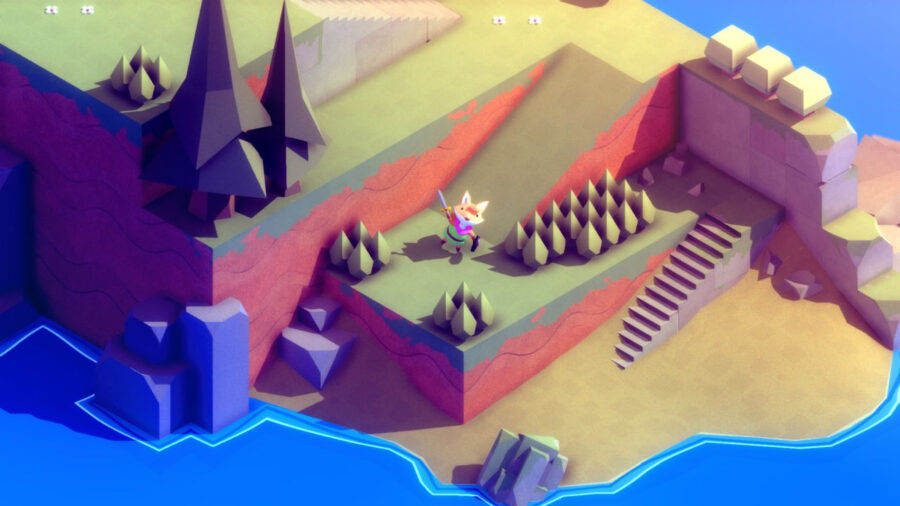 In any other year, Tunic would be the breed of left-field indie hit that a site like Polygon awards Game of the Year to while The Last of Us Part 2 doesn’t make the top 50. The fox-led adventure game is an ode to classic Zelda games filled with deep secrets.

You know what else is filled with deep secrets? Elden Ring, the game that is hurtling towards December list season like the asteroid in Armageddon. Do you think a nostalgic indie game with a cute animal hero can stop it? You think a game that kind of looks like Link’s Awakening has what it takes? Get real! Unless FromSoftware itself drops a straight up remake of the original Legend of Zelda, nothing can stop the inevitable. 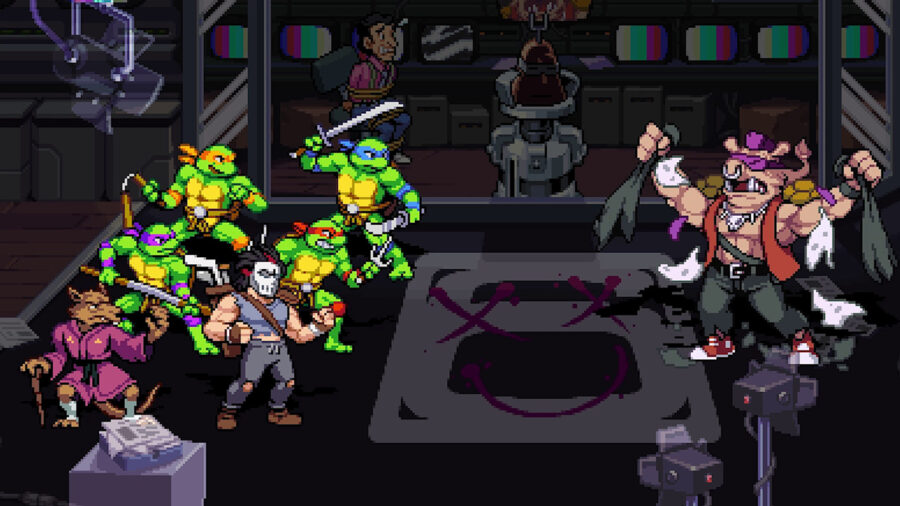 Look at me. Look me straight in the eyes and tell me you think Teenage Mutant Ninja Turtles: Shredder’s Revenge has a shot at game of the year. Say it like you mean it. Convince me that a very well-made throwback to the arcade beat-em-up era is going to be the game that sways the public’s collective mind, which was already made up in February.

Make no mistake, I’m with you. I would love to see Tribute Games’ pitch-perfect Turtles game get some love beyond its first few days on the market. It’s a lovingly crafted brawler that effectively modernizes a dated genre, making it feel the way you felt playing a game like Turtles in Time in the 90s. We’re just being realistic here. We’re probably going to play this co-op together for one evening, have a fun time, and then go back to Lyndell to spend hours fighting the worst optional boss you’ve ever encountered so we can get a summon we will straight up never use. And we’re going to say it was a transformative experience after, because we are being held hostage by FromSoftware.

#3 — Kirby and the Forgotten Land 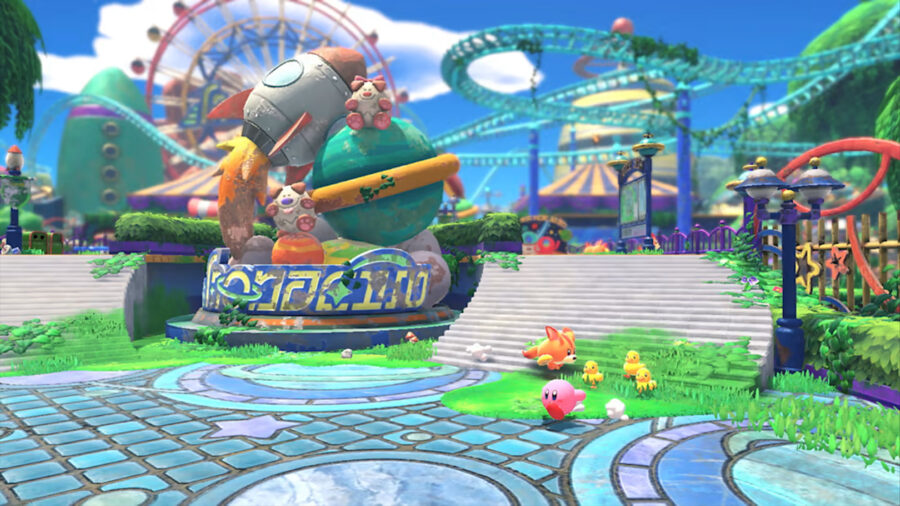 Okay, if I’m being honest, Kirby and the Forgotten Land probably is the best game of the year. It’s an adorable adventure that players of all ages can enjoy, and it stands near the top of the mountain as one of the Nintendo Switch’s best games. Whether you’re a kid or an adult who just needs a soft brain game, Kirby checks way more boxes than Elden Ring.

So why isn’t it in contention? I don’t know. At this point, maybe we’re just scared of FromSoft fans. I mean, can you imagine what our Twitter replies would look like if we awarded Kirby GOTY? It would be full of people with Malenia avatars making the same “Ratio + Maidenless” joke. We’re not putting ourselves through that unless Microsoft hand mails us a copy of Fallout: New Vegas 2. 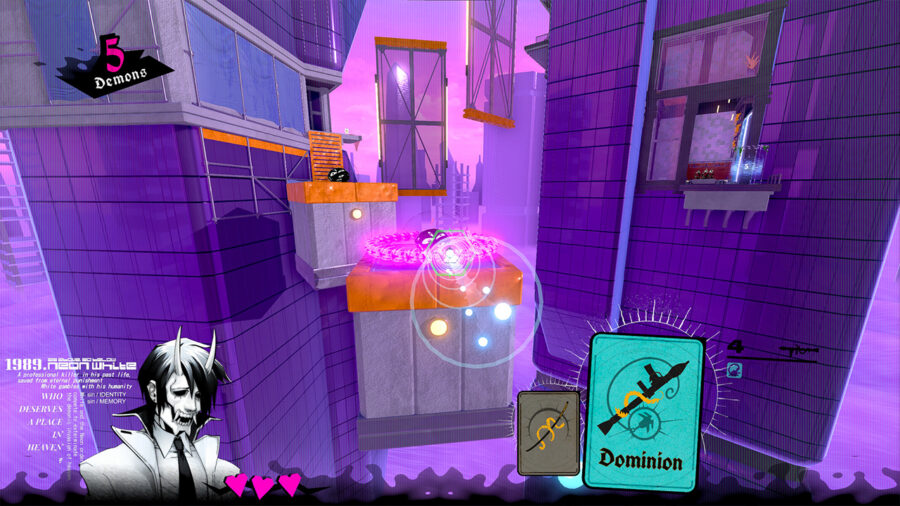 Here’s another standout indie darling that we’d love to consider for GOTY in a world where the once in a generation video game Elden Ring simply did not exist. The slick fusion of shooting, platforming, and card-based action makes this one of the best titles Annapurna Interactive has published in years. I’m sure it thought it would finally have a chance at the big one this year back when everyone thought Elden Ring was slated for a holiday 2021 launch. Alas, we’ve got a room full of editors all itching to write that prestigious blurb.

Look, you should play Neon White. It’s a fast-paced action game that perfectly captures the thrill of speedrunning. Who cares if any of these games are Game of the Year worthy anyways? What does that even mean? Every game on this list is great and offers players a completely different experience. They do not need to be validated by an imaginary list created by a handful of Minus World writers who played like six games this year. We’re all just making shit up. 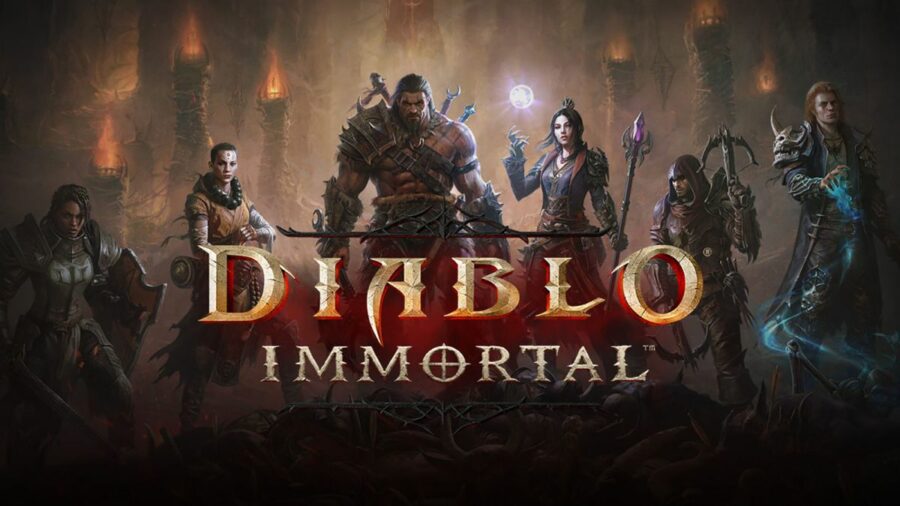