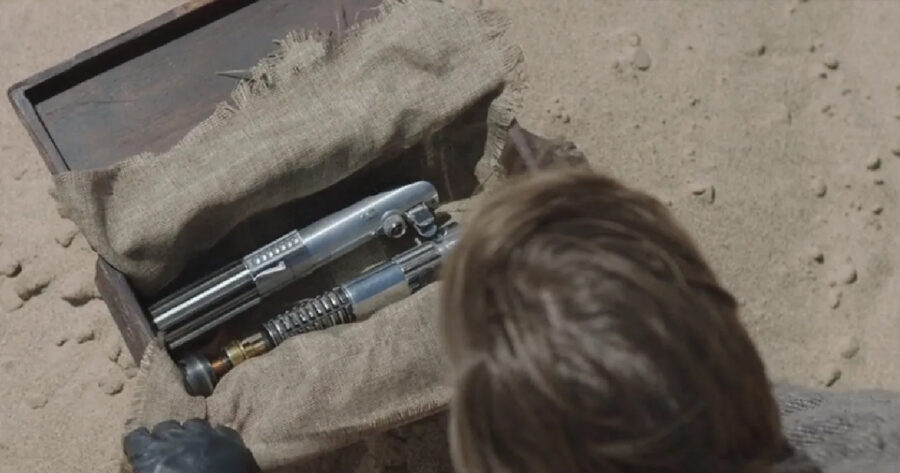 MOS DOBA — Retired moisture farmer Deng Illen reportedly found another lightsaber caught in the sand while spending his twilight years gliding his metal detector across Tatooine, according to those familiar with the situation.

“There must be some nut job out there planting these things like every kuba. The metal is worth a few credits but the rest is worthless. It’s not even worth my time digging them up,” Deng said after finding another bundle. “I get that the Jedi are gone but that doesn’t mean they should be littering my planet with their little glow sticks. I thought I’d find some valuable scrap metal — a rusted out droid, or perhaps even an abandoned landspeeder — but nope, it’s just one lightsaber after a-goddamn-nother.”

Most of the population of the planet is being inundated with the chosen weapon of the Jedi Knights.

“I got piles of them in the back, no one wants anything to do with them. Not to mention anyone using one of these bad boys is hunted down by the empire. I think I am going to melt them down and build a suped-up speeder bike,” junk trader Gredarr Tillo explained. “I started selling the kyber crystals to teenage girls in Anchorhead as aura cleansers and earrings. Guys like to chuck the saber casings at pod-racers to try and make them crash.”

“Light, what now? Sabers? Never heard of them,” Kenobi shouted from his cave when reporters approached. “You leave me in peace, you hear me?! I have nothing to do with the Jedi Kenobi, it’s a very common name in these parts. Lots of cousins marrying cousins and all that. And if I did want to hide the most treasured artifact of the Jedi Order, I would do it better than buy it where any Jawa with a magnet could find it.”