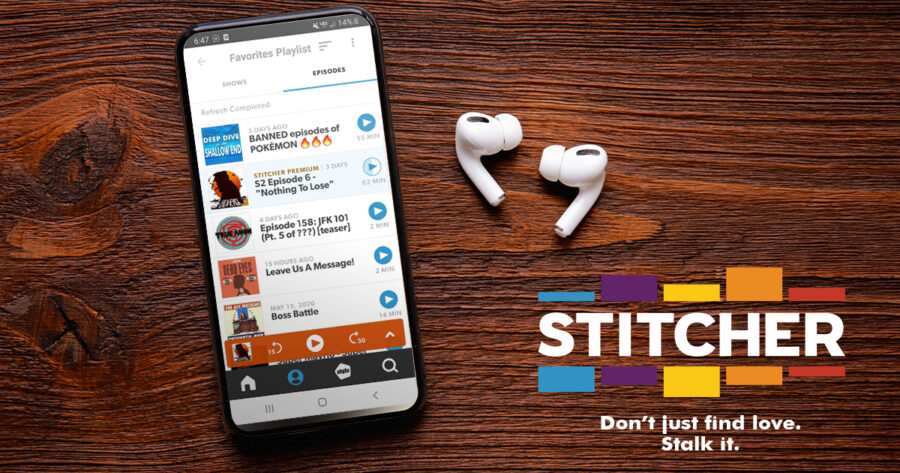 Facebook0Twitter0Reddit0
X
BY Jeremy Kaplowitz ON May 21, 2021

NEW YORK — Popular podcast app Stitcher announced today that they are rebranding as a dating app, specifically for parasocial relationships.

“Simply put, creators are moving away from the premium podcast model and diving into the Patreon system. It’s time for us to look at what we do best and pull that out to make it our new thing. And for us, that’s parasocial relationships,” explained Stitcher CEO Erik Diehn. “We have been helping people find the parasocial loves of their lives for years and now we can do that on a wider scale.”

“Now does that mean we’re going to change anything about the app? Not really,” he added. “Now when you log on, Stitcher will prompt you with a series of questions about your personality and what kind of person you’re looking to meet, who will never know your name despite the fact that you know everything about them. Then it will just let you listen to the McElroy brothers and their wives, like normal.”

Podcasting fans, many of which have taken issue with Stitcher in the past, praised the decision.

“There’s already so many dating apps for all the different lifestyles out there. There’s dating apps for people who just wanna fuck, there’s gay dating apps, there’s unicorn-hunting dating apps, there’s ones with girls on them, etc.,” said podcast fan Chris Santos. “It just feels more honest now when I log in to my podcast app and download two hours of a show just so I can hear a few more intimate details about the lives of the Hollywood Handbook hosts. Those guys are my boyfriends whether they know it or not. And they don’t.”

Podcasters, however, have had more mixed reactions about the news.

“It was already a little creepy to know that thousands of people knew everything about me, but at least I could pretend it was just because I was making a cool piece of art,” said the host of comedy podcast Devilish Advocates. “Now it’s a little more in my face.”

“I like it! I always say I freak out when people DM a screenshot of my home in Google Maps, but honestly, it gives me a bit of a thrill!” explained the host of relationships podcast I’m Dating Myself Here. “Bring it on, freaks!”

“Holy shit is my podcast even on Stitcher? I’ve been trying for months to get through their system,” said the host of true crime podcast Detective Farty Pants.

At press time, Stitcher announced they were adding a feature that let podcast hosts “swipe left” on listeners they find unattractive.

Want to learn about interesting things, but mostly hear comedians goofing on them? Develop your own parasocial relationship with our podcast Deep Dive in the Shallow End!