RPG Player Unsure Whether Their Character Would Say “Of Course!” or “Sure Thing!” 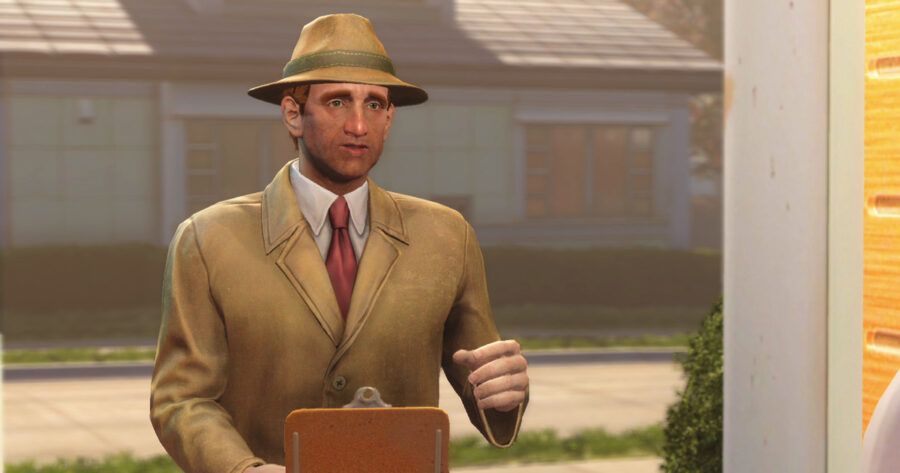 MISSOURI CITY, Texas — Hesitant to make the wrong decision and potentially impact something in the game’s story later on, local gamer Diana Russell is reportedly unsure whether her Fallout 4 player character should accept a required story quest with an enthusiastic “Of course!” or a confident “Sure thing!”

“Obviously the great hero of the Commonwealth’s personality in conversation must be a huge plot element of the game, so the different potential outcomes here could be crucial,” Russell said, poring over her notebook tracking her character’s stat sheet so far. “‘Sure thing’ is proud and trustworthy, like ‘don’t even worry about it,’ you know? But ‘Of course!’ is like it almost goes without saying that I can handle it! Which of these sounds like it fits my low-Strength high-Charisma build better?”

Paralyzed by indecision, Russell started to consider the wildcard third dialogue choice, where her character would say “Oh, not in a million years!” in a quirky, sarcastic kind of way to defer accepting the quest until later.

“Colt McClintock is a wandering gun with a mean streak and a heart of gold, so there’s precedent for him getting cute and snarky,” Russell admitted, “but who knows how far that will get him in an unforgiving wasteland like this? The entire story could get flipped on its head if I piss the wrong people off with my flippant attitude!”

Fallout 4’s designers have been delighted to see that their subtle, yet complex dialogue system has encouraged a more thoughtful kind of player engagement.

“At Bethesda Studios, we have a motto: ‘limitless choice,’” said Todd Howard, game director for Fallout 4. “As long as you get all the missions completed, I mean. We hold up our end of the bargain making the games, and it’s your job to 100% them. It’s mandatory, come on, hop to it, or else we’ll just keep porting them again and again.”

At press time, Russell had reportedly given up and re-rolled a new character hoping that a different stat build would produce different options in that same conversation.