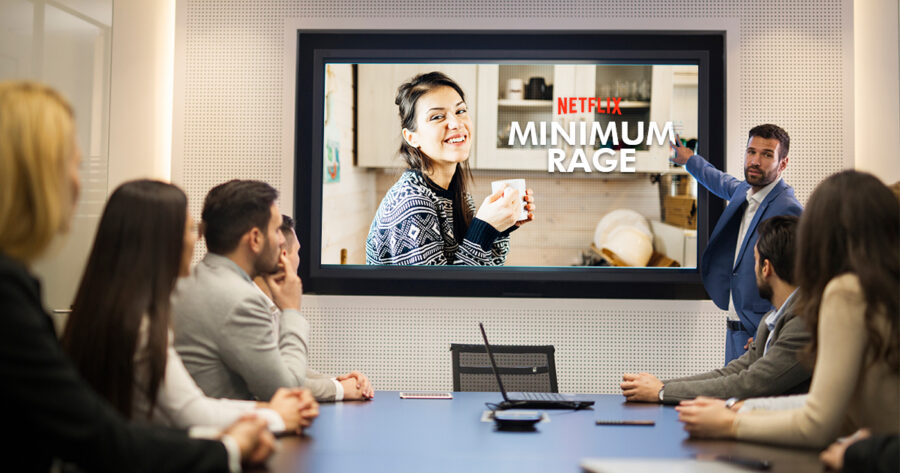 LOS ANGELES — The wealthy owners of the most popular television networks and streaming services have previewed their fall slate of new shows, and among them are a record breaking 14 programs about what it means to be poor in America.

“We realize here at Netflix that the gap between the haves and have-nots is widening every day,” said Chief Executive Officer of Netflix Ted Sarandos earlier today on a conference call with investors. “That is why we have dedicated ourselves to offering as many tone deaf portrayals of poverty as best we can, all the while constantly increasing what we charge for people to watch these shows.”

One of the new series previewed was Minimum Rage, a new comedy about struggling millennials who hilariously have to take on a series of ridiculous side jobs in order to pay their bills. The series stars born billionaire and all around goofball Nick Kroll.

“This is a real passion project for me,” said Kroll, who has never once in his life put a garbage bag into a dumpster. “A lot of people have said that it is unfair to let the privileged and wealthy control the representation of the poor and working class, and I don’t know what to tell them. Sorry that I chose comedy over working at a coffee shop for the entirety of my twenties, I guess some of us just wanted it a little more.”

The new slate of shows has excited many of the nation’s destitute, who are reportedly in no way sick of dramatizations of their plight being a springboard for corporate executives to make profits.

“I absolutely cannot wait for some of these new shows to drop,” said Cindy Richmond, a New York City resident and avid television watcher. “Ever since I lost my job during Covid I haven’t really been able to afford much in the way of recreation aside from my Netflix subscription. Lord knows I could use a laugh. Maybe I will invite my diverse group of friends to come over to my large apartment to watch them after we meet up at a bar for the fourth time that week!”

As of press time, the people that came up with Quibi still have more money than all of us combined.