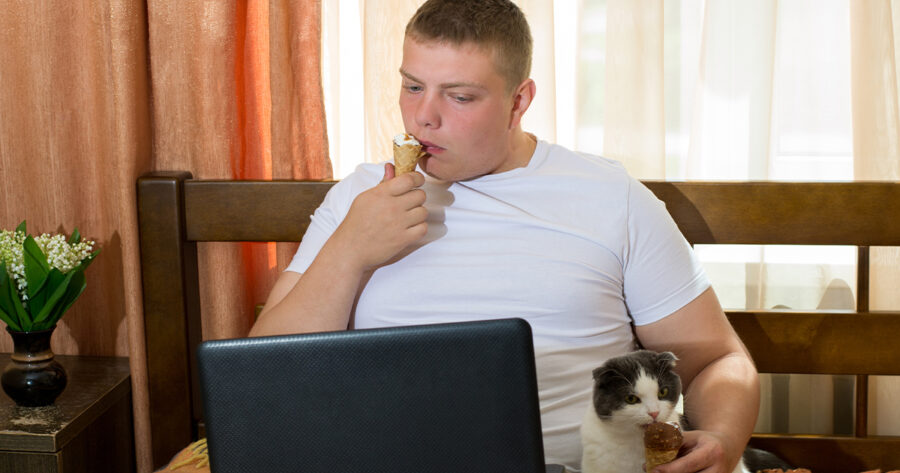 PHILADELPHIA 一 A Reddit user reportedly enjoyed an unprecedented five continuous seconds of his life earlier today, between commenting on a post that he has had “enough internet” for the day, and immediately re-opening the website moments later.

“Trying to unwind after a long day at work staring at spreadsheets, I read a story on r/creepyencounters that made me lose all faith in humanity, and that’s when I knew I had enough internet for today,” said Beckett Morrison, aka u/QuesoritoEnjoyer, in another Reddit comment posted later on explaining his five-second absence from the website. “Then I closed Reddit and glanced out my window. I saw two songbirds twirling in a magnificent dance, while singing a duet that would have made Orpheus weep. And in that moment, I was reminded of the fleeting beauty we have in this cherished world. Anyway, then I realized I have to go upvote the new posts on r/BaconMemes so here I am. Well, back to it, time’s-a-wastin!”

Friends, family, and other loved ones have expressed concern over Morrison’s increasingly detrimental Internet browsing habits.

“I used to love that man, and he used to love me, but now we’re just two strangers occupying the same space,” cried longtime girlfriend Clara Jennings. “He barely even notices me anymore because he’s so infatuated with r/dataisbeautiful, but when was the last time he told me I was beautiful? I’m just not sure what to do anymore. I even tried posting on the relationship advice subreddit as a last resort and some jerk named QuesoritoEnjoyer called me a controlling bitch. I just don’t know how much more I can take. Please comment below if you think I’m the asshole or he is!”

Experts in psychology and addiction across the world are noticing similar trends of Internet addiction throughout society.

“Yeah, what the fuck did you think would happen? You made a website where people can see derpy pictures of alpacas and recycled LOTR memes, obviously people are going to eat that shit up,” said Dr. Alejandra Rojas, a social psychologist at Duke University, in a post that had been upvoted to the top of r/psychology. “Then introduce karma and Reddit Gold into the equation, you’ve basically created an endless cycle of dopamine release. I guess we’ll just have to wait and see how this will impact our brains, but that’s enough internet for today.”

At press time, Morrison had turned his attention to the subreddit r/satisfyingwindows to remind him of the nice moment he had glancing outside his window moments earlier.